Idaho murder suspect Bryan Kohberger ate at a Greek restaurant where two of the students he is accused of murdering worked as waitresses, it was revealed.

Madison Mogen and Xana Kernodle, who were stabbed to death along with two other University of Idaho students in their off-campus home in November, had worked at Mad Greek Restaurant in Moscow for years.

A former employee has now revealed that Kohberger, who was arrested and charged with the murders, had visited the restaurant at least twice and eaten vegan pizza before her death.

The revelation is the latest in a series suggesting Kohberger may have been stalking the students. On Thursday it emerged that an Instagram account apparently linked to the suspect had followed three of the victims – Mogen, Kernodle and Kaylee Goncalves.

The three girls, along with Ethan Chapin, were killed on November 13 after a masked intruder broke into the home at night and attacked them with a stationary knife. 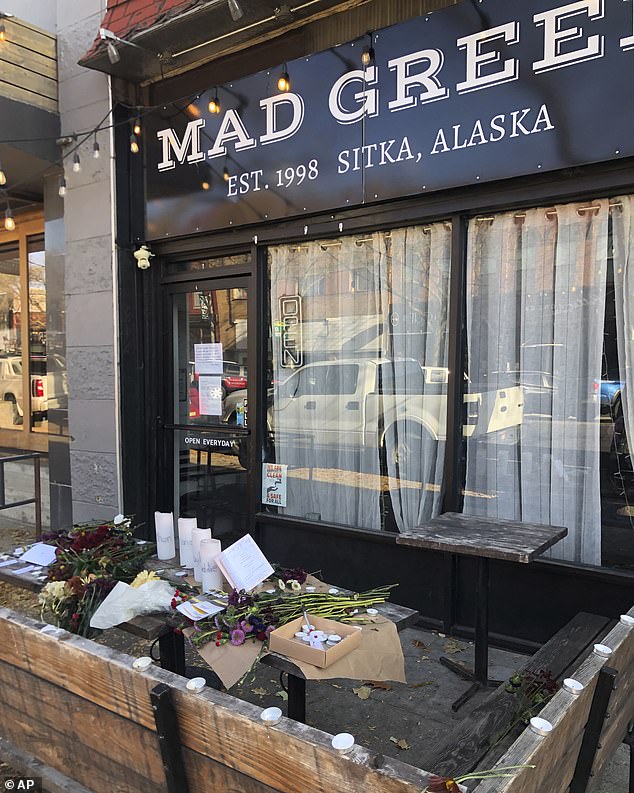 The former employee told People that Kohberger’s visits to the restaurant were not suspicious but were noteworthy because he wanted to be sure no animal products could have come into contact with his food.

In late December, a relative told the New York Post that Kohberger was “OCD” about his eating habits, forcing his family to buy new pots not used to cook meat.

“It was more than vegan. His aunt and uncle had to buy new pots and pans because he wouldn’t eat anything that had ever had meat cooked in it,” the relative said.

In early January, the Latah County Jail in Idaho said it would try to accommodate his dietary preferences but would “not buy new pots and pans.”

The restaurant’s owner, Jackie Fisher, said her staff were “shocked” after learning of their colleagues’ deaths

“All I can say right now is that we are all deeply saddened by the loss of Maddie and Xana,” restaurant owner Jackie Fisher told Fox News. “All the workers are shaken right now.”

It’s not clear if either of the girls served Kohberger on any of his visits to the restaurant.

An investigator confirmed to People that authorities are aware of these visits and have interviewed staff at the restaurant. They have also reportedly requested surveillance footage of both the restaurant and nearby businesses.

Mad Greek Restaurant is located on Main Street in downtown Moscow. Earlier in the week, four white candles, one for each of the victims, were placed on a table outside the restaurant.

Four white candles were placed on a table in front of the restaurant, one for each of the victims

The connection between Kohberger and the restaurant appears to have been made as investigators scramble to identify all possible interactions between him and the victims.

Kohberger reportedly texted one of the female victims repeatedly two weeks before the killings, but she didn’t respond, an investigator familiar with the case previously told People.

“He slipped into one of the girls’ DMs multiple times, but she didn’t respond,” the person said. “Basically, it was just him saying, ‘Hey, how are you?’ But he kept doing it.’

The DMs were reportedly sent out in October, just weeks before the November 13 murders.

The magazine didn’t name the account but said it has since been removed from the service, an action Instagram parent company Meta often takes against suspects in high-profile violent crimes.

According to Fox News Digital, Kohberger’s Instagram account may have been @crim.kohberger based on the fact that it was deleted from Instagram while several apparent troll accounts remain.

Kohberger’s Pullman, Washington, home was searched by police for evidence related to the ongoing investigation

A new search warrant reveals police found multiple strands of hair, including what may be animal hair, a black glove, a computer tower and an item that was a “collection of dark red” stains

Kohberger, a criminology graduate student at Washington State University, was arrested December 30 at his family’s home in Allbrightsville, Pennsylvania.

He has protested his innocence and through a lawyer has stated that he expects exoneration.

On Tuesday, unsealed court documents revealed that investigators seized stained linens, strands of hair and a single glove — but no gun — during a search of his WSU college dorm.

Investigators found nothing suspicious in Kohberger’s office at WSU, where he was a teaching assistant and graduate student studying criminology.

They took 15 items from his on-campus apartment, including a black nitrite glove, clippings from a pillow with a reddish-brown stain, and a stained mattress cover.