‘I’m really hungry to help the team’: Wout Weghorst joins Manchester United with a point to prove as the Dutch striker promises to improve his poor performance at Burnley on his Premier League return

By Chris Wheeler for the Daily Mail

Wout Weghorst says he has a point to prove in the Premier League after joining Manchester United until the end of the season.

Weghorst trained with his new team-mates for the first time on Sunday and could make his debut for Erik ten Hag’s side in Wednesday’s clash with Crystal Palace at Selhurst Park.

Weghorst was on loan at Besiktas from Burnley, but the Turkish club accepted £2.5million in compensation to tear up that deal so the 30-year-old Dutch forward could spend the second half of the season at Old Trafford instead. 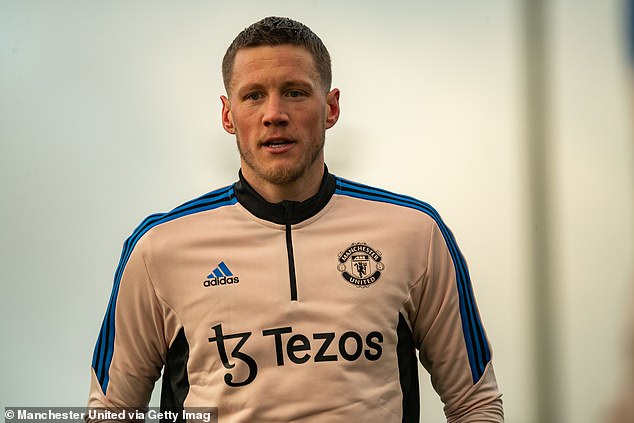 Weghorst had a disappointing spell at Burnley, having joined Turf Moor from Wolfsburg for £12million a year ago and scoring just two goals in 20 games as the Clarets were relegated from the Premier League.

The 6ft 6in target man has returned to England and insists he has some unfinished business. “It wasn’t done for me yet,” said Weghorst, who scored nine goals in 18 games for Besiktas.

“It wasn’t finished yet. It didn’t work out like I hoped the first time and I’m really hungry to show myself to help the team.

“Of course I want to score goals here. I’m a striker and I think every striker knows it – scoring goals is what you live for.

“We work all week to get it ready at the weekend. That’s definitely something I want to achieve here. For me as a striker, it’s also about goals in the end.”

Weghorst was in the stands with his family at Old Trafford on Saturday as United won the Manchester derby 2-1. It was United’s ninth consecutive win and put them just a point behind Manchester City in the table.

“Of course we’re on the right track now,” added Weghorst. “The last few weeks, months actually, have been very positive here and I just want to do my bit and do my best for the club. I will try to be part of the successful path we are taking.”

Trump mocks Biden's handling of classified documents, warns 'I have information on everyone'

Penrith, Sydney: Woman, 28, found dead in a unit while a man is being arrested for her alleged murder