Real Madrid manager Carlo Ancelotti is optimistic about the Spanish club’s chances of winning back-to-back Champions League titles despite bookies failing to place him among the top four favourites.

“It’s no surprise to me not to be the clear favourite, I think it’s a good sign,” Ancelotti told a press conference in Glasgow on the eve of Tuesday’s opening Group F game against Celtic.

“I think last year in stats we were even less likely to win it. And we have an improved team this season. 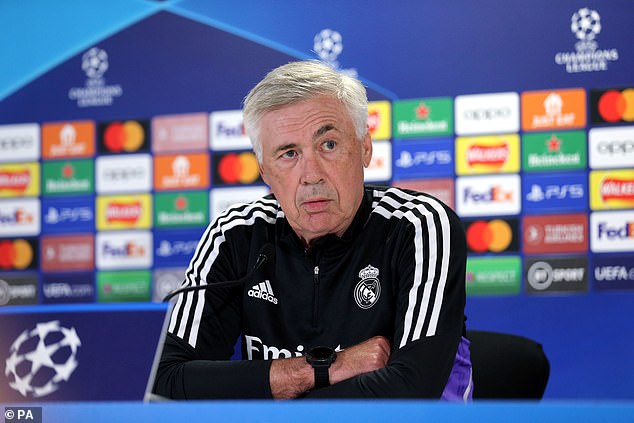 “What happened last year will happen again. We will compete to the end and hopefully compete in the final.’

Last season, Real Madrid were underdogs in the knockout stages against Paris St. Germain, Chelsea and Manchester City and in the final showdown with Liverpool, but clinched a record-breaking 14th European title.

“We start with enthusiasm as always, but you never know what’s going to happen. We have to think about the group stage first, win it and then see what happens after the (break in November and December for the) World Cup.”

Ancelotti said he is likely to rotate his squad more frequently to keep players fresh as Champions League and LaLiga games overload the schedule.

The Italian said he was concerned about how the players will cope with the busy schedule when they return from the World Cup in Qatar, which begins on November 20.

“I think we won’t have any problems until the World Cup because the players are prepared and motivated. They want to come to the World Cup in good shape,” said Ancelotti.

“The question is how the players will return after the World Cup. We just don’t know because it’s a unique situation.

Real Madrid is grouped in Champions League Group F along with Leipzig, Shakhtar and Celtic.