‘Opponents tried to bully them’: Jesse Marsch calls for his Leeds players to be better protected by referees after losing Crysencio Summerville to injury for a month… as he insists they must do more to ‘attack’ to protect players.

By David Coverdale for the Daily Mail

Leeds manager Jesse Marsch has called for better protection for his players from referees after Crysencio Summerville was ruled out for a month with an ankle injury.

The Dutchman was injured in a nasty tackle by Cardiff defender Tom Sang in last weekend’s FA Cup third round match. Marsch is furious at some of the challenges Summerville and Willy Gnonto – one of the Premier League’s most fouled players – have received in recent weeks.

“Opponents tried to bully them,” said Marsch, who welcomes striker Patrick Bamford back to his squad for Friday night’s trip to Aston Villa. 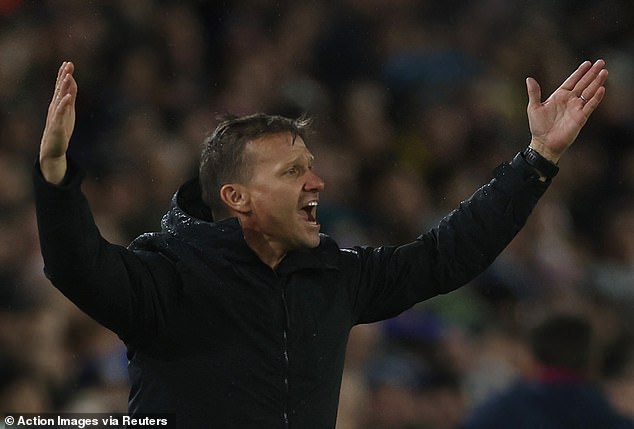 “Honestly, I don’t think the referees protected these two players well enough. I would like referees to protect attacking players more. It’s about managing it in-game to ensure the players who get the most fans have the best chance of getting on the pitch.

Meanwhile, Leeds are said to have agreed a record-breaking club deal worth up to £35.5million to sign French striker Georginio Rutter from Hoffenheim.