BREAKING NEWS: Jimmy Garoppolo agrees a new one-year deal with the San Francisco 49ers that will ensure the QB will not be traded

Jimmy Garoppolo has agreed to restructure his contract to remain with the San Francisco 49ers.

The one-year contract will bring Garoppolo’s salary down to $6.5 million and provide incentives that can boost the deal to $16.5 million.

It also includes no-trade and no-tag clauses, ensuring Garoppolo stays in San Francisco this season and has the freedom to go as a free agent in the off-season. 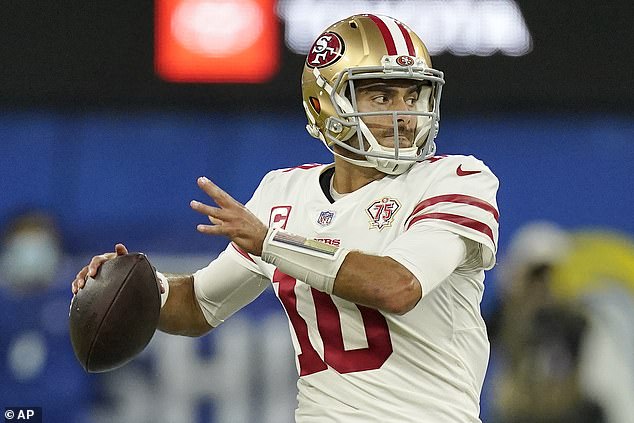 The 49ers and Garoppolo have faced months of trade speculation, particularly after head coach Kyle Shanahan’s sophomore quarterback Trey Lance was the starter for the 2022 season.

However, Garoppolo spent the off-season recovering from shoulder surgery, which clouded the possibility of a potential trade.

Many analysts began speculating that it would take an injury to another team’s starter for Garoppolo to be traded or he could be flat-out fired before the start of the regular season.

Centrelink cash for thousands of Aussies