‘It was ugly, both for us and for the fans’: Jose Mourinho accepts blame for Roma’s 4-0 defeat by Udinese and laments ‘making mistakes at the worst times’

Jose Mourinho has accepted the blame after his Roma side were beaten 4-0 at Udinese.

Although Roma had a good chance early on through Paulo Dybala, Udinese took control of the game and kept causing problems for Roma.

Destiny Udogie, on loan from Tottenham, put Udinese ahead while Lazar Samardzic added a second. 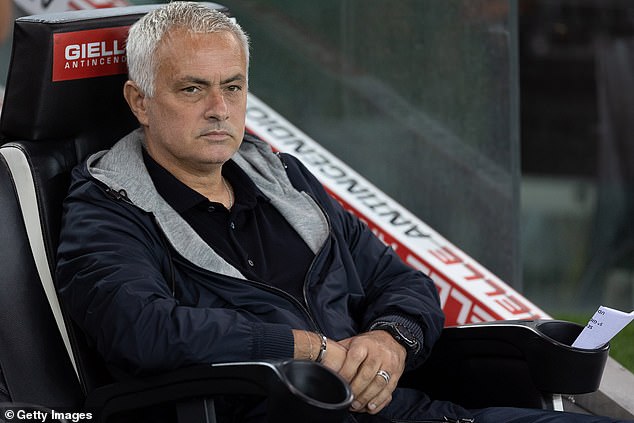 Roberto Pereyra and Sandi Lovic also scored for the hosts.

Mourinho praised Udinese for the way they managed the game but was frustrated with his side’s performance.

Mourinho told DAZN: “It was a difficult match. It was a game where you couldn’t risk going down because they defend well, they know how to deal with the pace of the game, they are physical.

“If you go down against them, you’re already in trouble. We had good chances at the start with Dybala, who was our best player tonight.’

“But Udinese…every time they countered, they either created a chance or scored.”

Mourinho was particularly frustrated with mistakes made by his side, including defender Rick Karsdorp and goalkeeper Rui Patricio.

He said: “We made mistakes at the worst times of the game. As we approached 1-1, they practically closed. They tried everything not to let us play. Now let’s move on, we have 10 points. We are all here, we go our own way.’

Despite the defeat, Roma sit fifth in Serie A, just a point behind Serie A leaders Napoli.

Roma’s next game sees Ludogorets in the Europa League on Thursday before returning to the league at Empoli four days later.