Jose Mourinho watched Roma’s 2-1 win over Inter Milan on Saturday from the team bus after being banned from the sidelines.

The Special One was sent off after storming the field in Roma’s defeat by Atalanta two weeks ago and was consequently unable to assist from the sidelines in Milan against his former club.

However, the Portuguese loner posted photos on his Instagram Stories showing him enjoying his side’s 2-1 win in the San Siro car park. 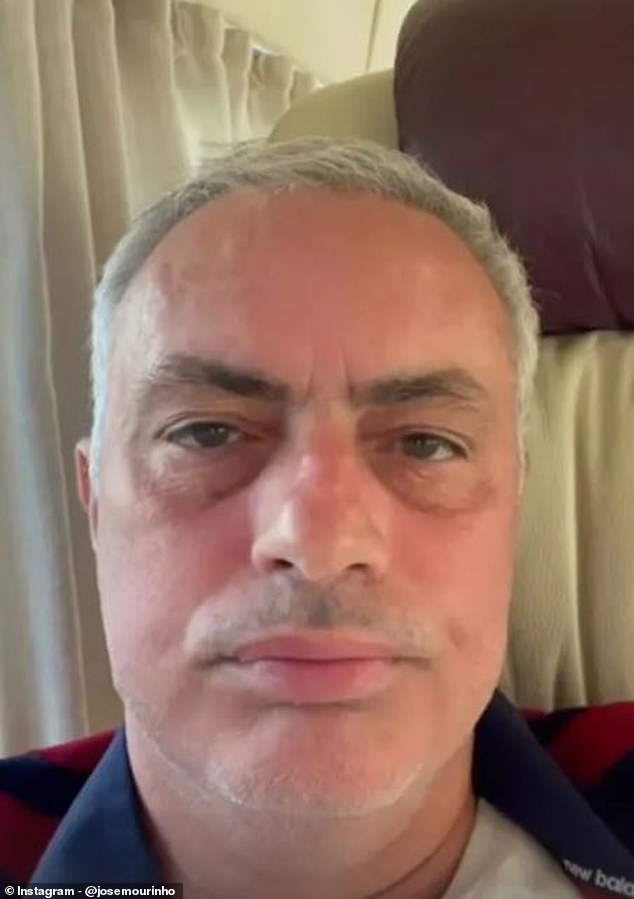 Federico Dimarco put the hosts ahead after half an hour but Inter couldn’t hold on for long. Paulo Dybala replied nine minutes later before Chris Smalling’s header with 15 minutes left sealed the three points for Mourinho’s men.

The manager uploaded a video exhaling in frustration at having to watch from the parking lot and later in a video Mourinho said in an annoyed tone: ‘I’m going to die here’.

Once he even went for a walk to show the vehicle from the outside.

In the end, he was able to share a laugh with the club’s bus drivers for the much-needed win.

A photo posted by Dybala on Insta showed Mourinho, 59, celebrating with his team in the visitors’ dressing room after the game ended.

The 2-1 win gave Roma a four-point lead over Inter.