The judge orders a new inquest into the death of stabbed private student Yousef Makki, 17, after the coroner ruled out wrongful death and accidental death

A second inquest was ordered into the death of teenager Yousef Makki, who was stabbed through the heart.

High Court judges overturned the original findings in which a coroner ruled out both wrongful death and accidental death as the cause of Yousef’s death on March 2, 2019.

Yousef, 17, was stabbed to death by Joshua Molnar, also 17 at the time, in Hale Barns, a Greater Manchester suburb.

The family of Yousef, of Burnage, Manchester, filed a forensic review in 2022 after the initial inquest, challenging the coroner’s finding that there was insufficient evidence to address the “key issue” of whether the murder was unlawful.

On Friday, Lady Justice Macur and Mr Justice Fordham announced their decision in the High Court in Manchester, overturning the conclusions of the first inquest and ordering a new inquest before another coroner. 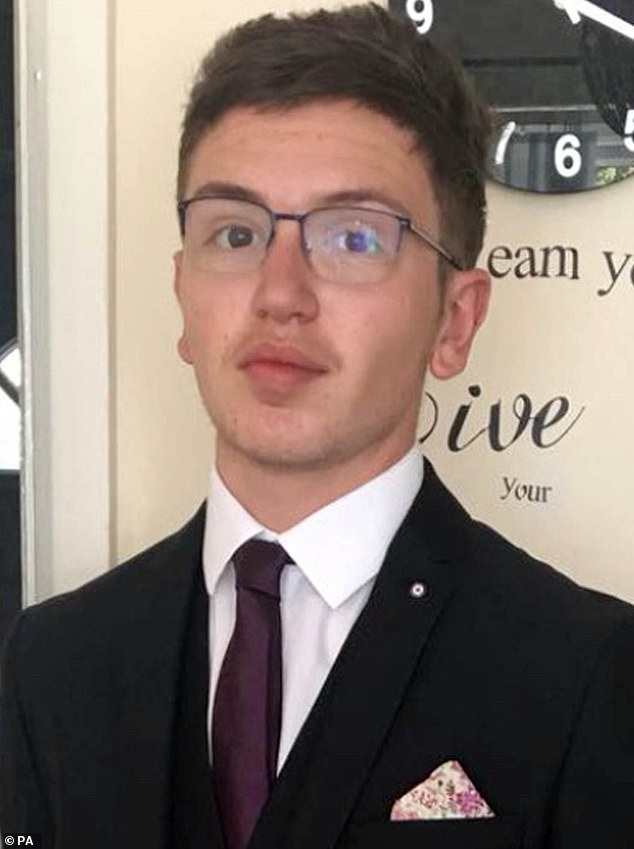 Yousef Makki, 17, (pictured) died in March 2019 after an altercation with his then-17-year-old boyfriend Joshua Molnar

Molnar was found not guilty of both murder and manslaughter after his defense said the stabbing was a “tragic accident”.

Coroner Alison Mutch dismissed that claim in November 2021, saying she “considering the probabilities” could not be convinced Yousef’s death was “accidental.”

However, she added: “The exact circumstances in which he was wounded cannot be established after weighing the probabilities.”

Rather than record the death as a wrongful death, Miss Mutch delivered a narrative verdict.

Joshua Molnar, then 17, who was sentenced to 16 months in a juvenile detention center after pleading guilty to possessing a knife and perverting the course of justice

Following the Stockport coroner’s ruling, Yousef’s sister Jade Akoum, 30, said: “To say we are disappointed is an understatement. We are disgusted.

“We believe the coroner did not challenge Molnar and Chowdhary.”

The investigation followed a protracted campaign by Yousef’s family after Molnar was acquitted of murder and manslaughter.

Molnar, in his testimony before the inquest, claimed that Yousef pulled out a knife and held out his hands in self-defense while holding his own gun.

The couple’s mutual friend Adam Chowdhary said he did not see Yousef with a knife in his hand – but told the inquest he did not see the actual confrontation.

Molnar admitted to police that he lied and carried a knife, and was sentenced to 16 months in prison and training.

Chowdhary, then 17 and one of Yousef’s closest friends who was present at the fatal incident, was cleared of perversion of justice but pleaded guilty to possession of a knife and was sentenced to four months.