America international and midfielder Weston McKennie has turned down a move to Aston Villa as he awaits an offer from a bigger team, according to multiple reports from Corriere dello Sport and Tuttosport.

Reports from Italy claim McKennie is hoping for an offer from Tottenham, Chelsea or Borussia Dortmund, all of whom are said to have expressed interest in signing.

It was recently reported that McKennie is currently preferring to join the German side out of all his potential suitors. 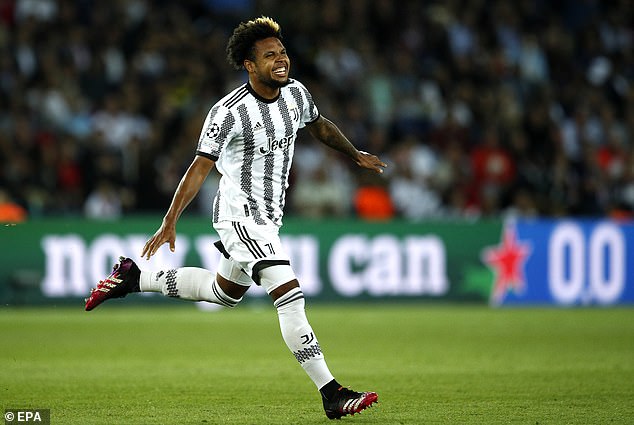 However, according to Tuttosport, Tottenham are in talks to try and bring McKennie to Tottenham Hotspur Stadium in the January transfer window.

While another Italian outlet, Calcio Mercato, had previously claimed that Chelsea’s American owner Todd Boehly was interested in bringing his compatriot to Stamford Bridge.

McKennie is now believed to have turned down Villa advances in favor of securing a move to bigger Premier League sides or the Bundesliga giants.

McKennie has not only proven himself at the highest levels of Serie A after proving himself in the Bundesliga as a player for Schalke, but has also become a staple of the United States midfield.

He started in all four games for the USA during the World Cup in Qatar, playing a total of 275 minutes.

But despite his impressive season in Qatar, he was made available by Juventus manager Massimiliano Allegri following Paul Pogba’s return from injury.

McKennie was initially identified as a player who could potentially be on the road during the current January window a few weeks ago after his playtime began to fade and reports surfaced that he could be available for anywhere between $21 million and $36 million.

Aside from his role being filled by a returning Pogba, Juventus could be interested in sacking McKennie as the club announced back in September that he had a €254m loss on his books.

Since then, the club has been plagued by a scandal involving the resignation of the club’s board following an investigation into inflated transfer values.

The leaked note that hinted at Carrie Bickmore's secret heartbreak