King Charles hopes to turn Balmoral into a public memorial to the Queen by opening it to visitors for more than a year.

The Scottish home, where the Queen spent her final days before her death on September 8, will host exhibitions with a permanent room to honor the late monarch’s legacy.

In fact, under the new plans, King Charles would even allow the public to visit while he is there, reports the Telegraph.

Although Charles won’t be using Balmoral as his man in Scotland, he hopes to open the privately owned estate – along with other royal residences – to the public so they can reflect on his mother’s life.

The King prefers neighboring Birkhall on the estate he inherited after his grandmother’s death. He and Queen Consort Camilla also spent their honeymoon here.

The Queen had spent her last summer at Balmoral – an annual tradition of the royal family during her reign. 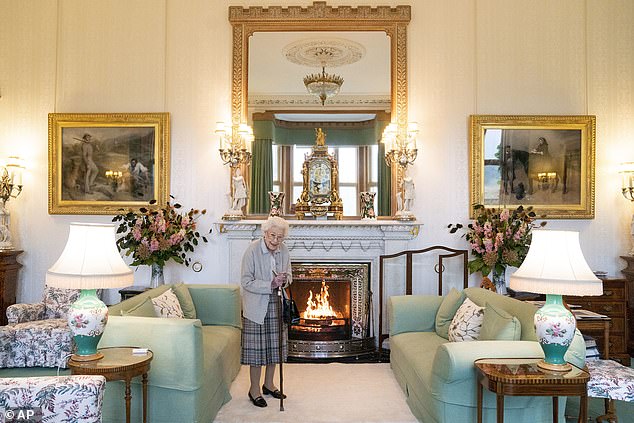 King Charles hopes to turn Balmoral into a public memorial to the Queen by opening it to more visitors each year. Her Majesty spent her last summer at the Scottish residence, where her last official photograph was taken before meeting new Prime Minister Liz Truss

The royals are expected to continue this tradition of venturing onto the Aberdeenshire estate in the summer, at which time Balmoral will be temporarily closed to the public.

In recent years, the beautiful property, which is considered the Queen’s favorite residence, has only been open from April to July.

But it will be open to the public from October to December with no fees and no guided tours of the castle itself “as a mark of respect” to Her Majesty.

A spokesman said: “Visitors can tour the grounds and gardens where they can enjoy the peace and tranquility of this special place and pay their respects to Queen Elizabeth II.”

The King used to enjoy welcoming visitors to private homes and is hoping to emulate the success of Dumfries House in Scotland, where he often works over the front door while tourists explore the area.

The King prefers neighboring Birkhall to Balmoral, which he inherited after his grandmother’s death. He and Queen Consort Camilla also spent their honeymoon here. Pictured: The King and Queen Consort pictured in Birkhall Gardens last year

Dumfries – a stunning 18th-century house set in over 800 acres – has been owned by the Prince’s Foundation since 2007.

The King has also been known to spend much of his time in Highgrove, Gloucestershire, where the public can once again browse the gardens while he is there.

However, Camilla is said to be less attached to the Gloucestershire home. According to her biographer, Penny Junor, she “wouldn’t be sad if Highgrove left. . . It’s Diana’s house. It’s not hers.’

Sources have said that “Queen’s legacy and celebrations” will be one of the King’s key principles as he searches for the best way to utilize his private homes and royal residences, which he already owned and inherited after his mother’s death .

https://www.dailymail.co.uk/news/article-11269607/King-Charles-wants-turn-Balmoral-public-memorial-Queen.html?ns_mchannel=rss&ns_campaign=1490&ito=1490 King Charles plans to turn Balmoral into a public memorial to the Queen