All the king’s horses! King Charles takes sole ownership of the Queen’s beloved racehorses, despite speculation that Queen Consort Camilla would be named alongside him

By Sam Mcevoy For Mailonline

King Charles III will have his first runner after taking sole ownership of the Queen’s beloved horses following her death earlier this month.

It’s been reported that Camilla is set to take the reins from Queen Elizabeth II, but it’s Charles who will be in charge of the huge running of the race.

The educator will be the first runner for the new king in the royal silks on Thursday after the three-year-old was declared ready to compete in Salisbury.

Educator is now listed on the British Horseracing Authority website as owned by ‘The King’ and has won his last two races.

It has not yet been confirmed if Educator will walk in the late Queen’s iconic purple, gold and red silk.

Her Majesty was distinguished by her passion for the sport and owed and bred hundreds of horses throughout her eventful life and dedication to the sport.

Racing observed a two-day mourning period after her death and a day of mourning on the day of her funeral. 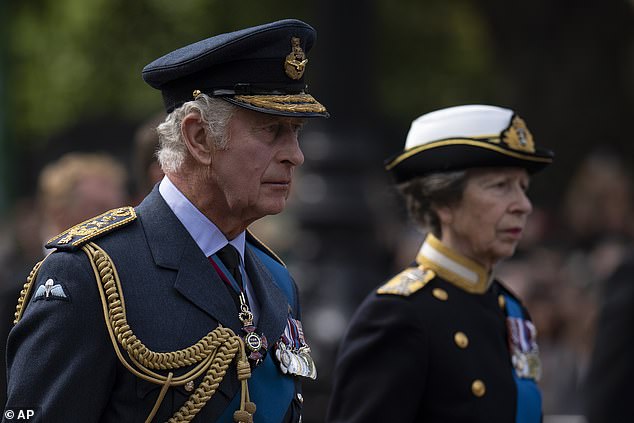 The Queen, pictured meeting amateur jockeys in Beverly, was the ultimate endorser of racing