Hamilton has already crossed paths with Ratcliffe as he was a rival in taking over Chelsea before the London club was sold to American Todd Boehly.

Ratcliffe is valued at £15 billion and is considered Britain’s richest man. 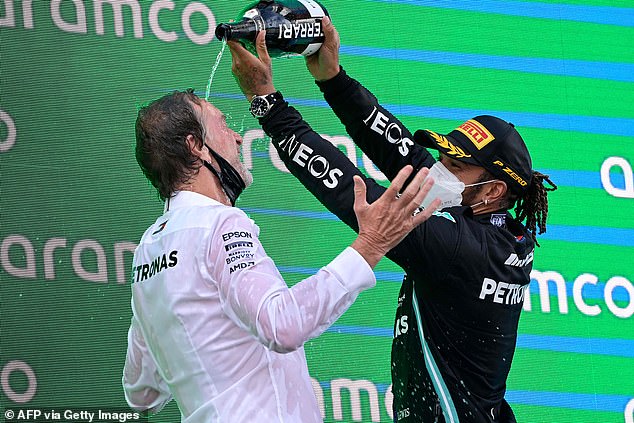 However, little progress was made in his attempts to complete a takeover at Manchester United, which fans had hoped for due to their anger at the Glazers, the current club owners, for a lack of investment.

Ratcliffe and Hamilton know each other through Mercedes as a third of the team is owned by the British billionaire.

Asked about the potential takeover when he was at this weekend’s Dutch Grand Prix, Hamilton said: “It’s the first time I’ve heard about it.

“I haven’t had time to meet Jim since I was in Namibia (mid-season).

“I haven’t gotten a call from him asking if I want to be involved, but I want to get more involved with teams.

“But Jim’s part boss and part partner, I would say we’re more partners because we’re here together and I’m hoping to do something with Jim in the future and build with him, I don’t know when that is. ‘ will be or what that will be.’

The Glazers are believed to be ignoring Ratcliffe’s efforts to buy the club he supported as a child.

Hamilton takes sports ownership equally seriously, having admitted his attempts to buy Chelsea served to improve the sport’s diversity and inclusivity while also turning the Blues into a profitable organisation.

The Mercedes driver expanded his athletic portfolio when he recently invested in the NFL team, the Denver Broncos.

Hamilton added: “I really believe in black ownership, which is lacking in sport.

“When I get involved with the Broncos, for example, I really try to focus on what I can do within the team.

“Within the infrastructure and the environment in terms of the stadium and the houses that you end up building when you finally get a new stadium and all those things, so it’s exciting for the potential that’s there.”

Daughter of senator close to Putin flees into exile