Plans to build an affordable housing complex in Nantucket remain in limbo after locals objected to the project, insisting the affluent island lacks the infrastructure or resources for development.

Surfside Crossing pledged 156 homes on the 13.5-acre site, 70 percent of which will be for people who live on the island year-round.

On an island where a 5,075-square-foot home recently sold for $33 million and where John Kerry and Blackstone CEO Stephen Schwarzman spend their summers, securing housing for those working in tourism or the local community is critical Business work, a constant challenge. 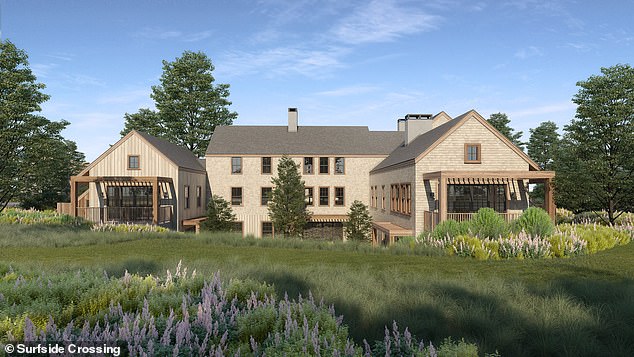 The island of Nantucket off the coast of Massachusetts has long attracted wealthy tourists and second-home owners: Affordable housing is a perennial problem

But locals have been fighting to stop the program for five years.

“Most people on the island think that affordable housing is the #1 problem,” Posner said.

Josh Posner, one of the developers who hoped to finish Surfside

“And yet these attempts to do something about it usually have a tragic flaw: you’re next to someone.”

Meghan Perry, one of the leaders of the Nantucket Tipping Point protest group, told The Daily Beast that her objections are not “NIMBYism”.

Others were concerned about the nearby school, traffic patterns, and rare species in the area.

Posner and Feeley insist their development will continue despite the concerns

She also doubted the case would be affordable, telling the site: “In reality it isn’t – it’s supposed to generate a profit for the developers that doesn’t benefit us.”

President Biden walks down a Nantucket street on November 26 and holds hands with his grandson Beau, 2

Residents then filed three lawsuits to challenge the decision, including a lawsuit brought by the nonprofit Nantucket Land Council, alleging the construction would jeopardize its work on behalf of public lands.

Posner told the website that they still believe concerns can be addressed and the project can go ahead.

“We hope we don’t have to go through the entire legal process as the reality and overwhelmingly positive impact this will have on the island sinks in,” Posner said.