A man has been charged with the murder of nine-year-old Olivia Pratt-Korbel in Liverpool in August, police said.

Thomas Cashman, 34, has been charged with her murder and the attempted murder of Olivia’s mother.

Cashman, of Grenadier Drive, West Derby, was also charged with two counts of possession of a firearm with intent to endanger life and the attempted murder of Joseph Nee. Paul Russell, 40, has been charged with aiding and abetting a perpetrator.

This was announced by Merseyside Police at a press conference on Saturday evening.

Olivia died at Liverpool’s Alder Hey Children’s Hospital after being shot dead at her home in Knotty Ash when a gunman pursuing convicted burglar and drug dealer Joseph Nee broke into the property around 10pm on August 22.

Olivia’s mother, Cheryl Korbel, was hit in the wrist as she desperately tried to close her front door, but the bullet also hit her daughter who was standing behind her.

The boy was taken to the hospital but could not be saved.

Nee remains in the hospital and Cashman has also been charged with attempted murder. 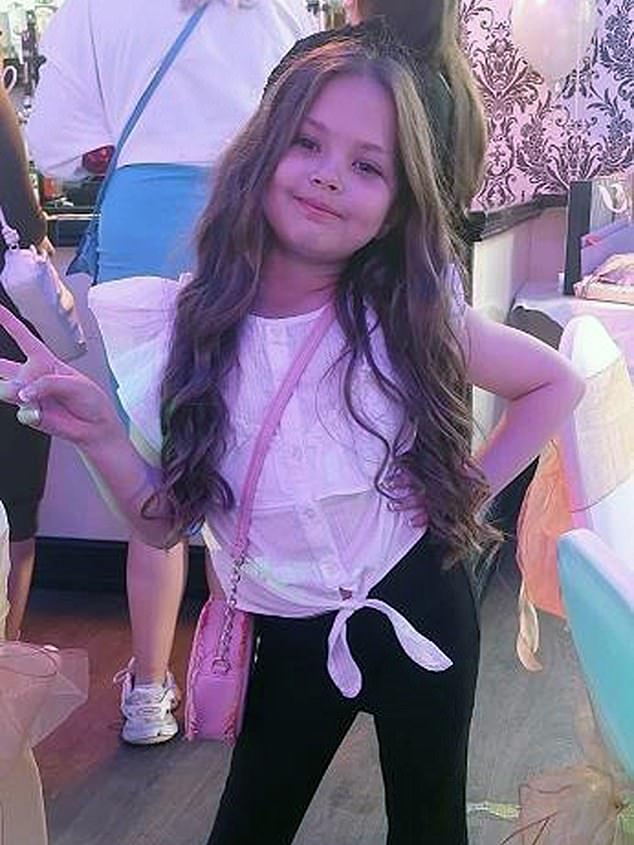 Police have made their 11th arrest as they attempt to search for the person who killed Olivia Pratt-Korbel (pictured).

Olivia, the nine-year-old Liverpool girl who was shot dead at her home in Liverpool last month

Police and Coroners at the plot at Kingsheath Avenue, Knotty Ash, Liverpool where nine-year-old Olivia Pratt-Korbel was fatally shot

Last week Crimestoppers announced the biggest single bounty offer when they upped it to £200,000 to hunt down the killer.

The charity’s founder and chairman, Lord Ashcroft, said: “This case has been incredibly shocking, not only for those directly affected, but for Liverpool and the nation as a whole.

“I am delighted that Crimestoppers, with the support of a private donor, can now offer a record £200,000 for information to help catch Olivia’s killer.

“A precious young life has been lost, so we must make every effort to find those involved in this horrific murder.”

Police have also revealed that the two weapons used were a .38 revolver – the gun responsible for the killing of Olivia – and a 9mm Glock-type self-loading pistol, which was used in the early stages of the incident was fired.

Merseyside Detective Chief Superintendent Mark Kameen said: “This happened in the middle of summer in an area where innocent locals would have enjoyed the park. Once again, as when this weapon was first used in our communities, we find that those who possess it have no concern, thought, or allegiance for others or their safety.

Police are searching the area around Olivia’s home, where she was killed in August

Olivia Pratt-Korbel’s casket is carried out of St. Margaret Mary’s Church on September 15, 2022

In a eulogy, Olivia’s mother, Cheryl Korbel (pictured with a pink teddy bear), said: “Liv touched the hearts of so many people and was loved and adored by all. she will never forget’

Crimestoppers is offering a record £200,000 bounty for information leading to the conviction of those responsible for the murder of nine-year-old Olivia Pratt-Korbel in Liverpool