Manchester United “accelerate plans to sign Memphis Depay in January after Cristiano Ronaldo’s contract was ripped up” and Barcelona “are looking to sack the Dutchman in January”.

Manchester United are reportedly on the market to sensationally re-sign Memphis Depay.

The Dutchman, who joined United from PSV ahead of the 2015/16 season, arrived in the North West with much fanfare and promises but failed to deliver before being transferred to Lyon in 2017.

Having restructured his career somewhat at Lyon, Depay made yet another dream move to one of world football’s giants when he signed for Barcelona last year. 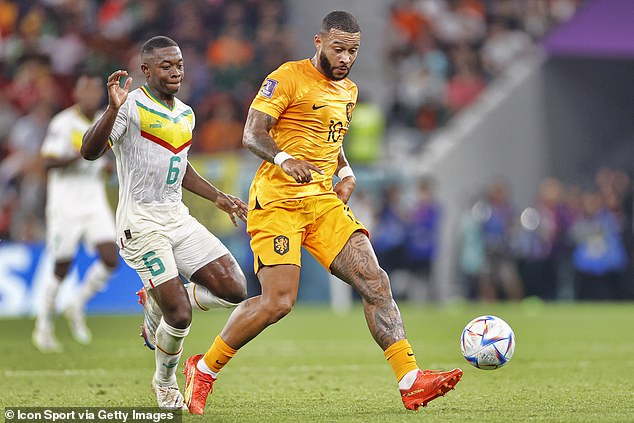 It was a move that initially bore some fruit as the Dutchman transferred his Ligue 1 performances to Spain but has since turned sour as Xavi Hernandez and the club’s vocal supporters appear to be on the same page over his future place at the club .

According to Sport, a Spanish publication, United will try to offer him a route out of the club this January to replace Cristiano Ronaldo, whose contract was terminated following his bombshell interview with Piers Morgan last week.

The report states that United have been working to re-sign the forward and Barcelona are sure to sign his departure. The Catalans are reportedly aware he has to leave this winter.

As with all Barcelona players, obvious contract issues are currently hanging over their heads, one reason why he did not join Juventus in the summer, a move that was discussed throughout July and much of August.

With six months left on his contract as of January, it’s unlikely he will prove to be a stumbling block like he did in the summer. Sport state that should Depay receive a satisfactory financial offer from United, he will forego the money owed to him for the few months remaining in his Barcelona deal.

However, a stumbling block for United could prove in the form of the Champions League, with one of Depays’ reported conditions for his next club being a place in Europe’s elite competition.

Chelsea, another party reportedly interested in the 28-year-old, can of course meet such demands.

The Spanish publication say another condition is a required financial incentive, with the former PSV man reportedly asking Juventus for £6million a year this summer.

Depay, who has only appeared three times for Barcelona this season mainly due to a hamstring injury, has struggled particularly this season as the World Cup gave him the opportunity to put himself in the spotlight.

Although Depay drew too much attention, he tried to make the world easy with his performances

After Holland’s opener against Senegal on Monday, which they won 2-0, Depay dismissed all talk of transfer speculation during the ongoing World Cup.

“The injury was tough but I’ve recovered and I’m enjoying a World Cup,” he said.

He added: “I’m really excited to be playing again. It took me a long time to resurface.

“Mentally it wasn’t easy but I worked hard to get there and I played for half an hour. It’s one step. It’s incredible to be playing football again.”

Were he to sign, United fans would hope for a better return this time around. In his 45 games in his debut season, he netted just seven and served six more.

He failed to score or assist in his eight appearances over the next year before being outsourced to Lyon, first on loan before joining them permanently for £22million.