Actress Meg Bellamy will play a young Kate Middleton in The Crown, who will reportedly take on the role just months after graduating from secondary school.

The 19-year-old will play the Duchess of Cambridge in season six of the royal drama, part of which will dramatize the time Prince William attended at St Andrews University in Edinburgh.

In season six, the show begins to catch up to the present day by chronicling the Queen’s reign up to the early 2000s and covering the aftermath of the death of Diana, Princess of Wales.

The role of Kate will mark Meg’s first major acting role after studying drama at St Crispin’s School and earning an A*.

According to the Telegraph, Meg, who was the head girl at Wokingham Comprehensive, said her acting studies gave her “the opportunity to explore a wide range of plays, styles and practitioners.” 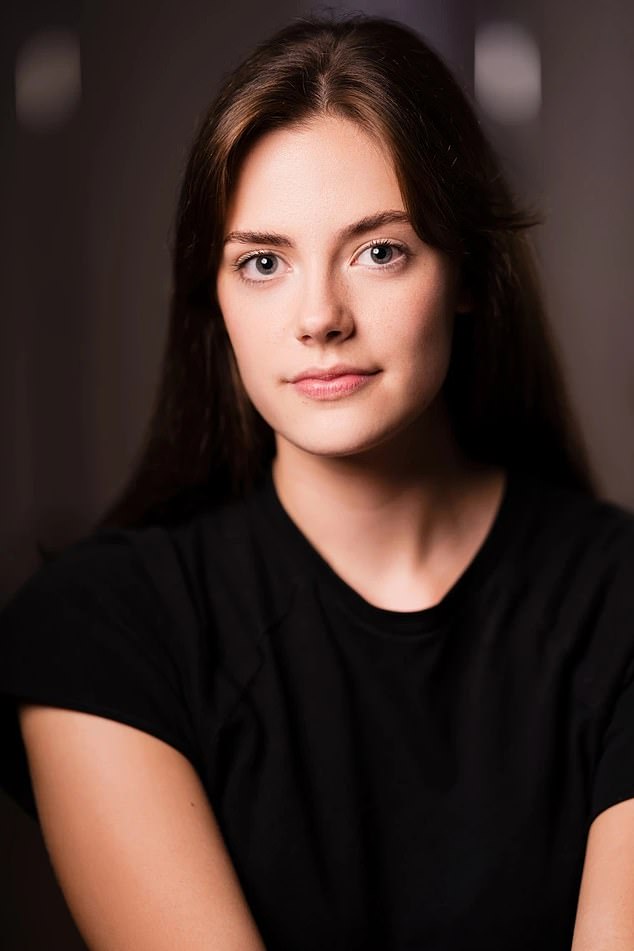 The actress reportedly studied drama at St. Crispin’s School in Wokingham and received an impressive A* grade

Kate Middleton (pictured in 2008) will be introduced in the sixth series in the drama, which will reportedly portray the relationship between the young couple

In addition to taking part in school productions and singing in the choir, the outlet reports that the 19-year-old had a performing job at Legoland, noting that the theme park “employs people to wear costumes of Lego characters and entertain guests.”

Two actors have been cast in the series as Prince William, 40.

Rufus Kampa, 16, will portray the prince’s teenage years and show how he and the royal family coped with the death of Princess Diana.

Meanwhile, Ed McVey will take on the role of The King alongside Meg as Kate during his college days.

The pair will play the couple during the time their romance blossomed while studying for their degree.

Before taking on the role of William, Ed graduated from the Drama Center London in 2021. He was an understudy in the play Camp Siegfried, shown at London’s Old Vic.

Actor Ed McVey (pictured) is one of two actors cast to play Prince William. Ed will portray the king as his romance with Kate blossomed at university

Meg will portray Kate Middleton during her college days when she and Prince William became a couple (Kate pictured with William in 2005).

Sharing his excitement at taking on the big role, Ed wrote on Instagram on Friday: “Ahhhhh the big news is out now!!! I’m so excited to get the opportunity to play Prince William in #TheCrown in Series 6!!! Alongside the amazing @megkbellamy. I can’t wait to learn everything I can! Full press release in bio.’

Mega also took to Instagram after the news broke to share her excitement at landing the role.

She wrote: ‘Pinch me please… I am very pleased to announce that I will be playing Kate Middleton on Series 6 of Netflix’s The Crown.

“It’s a great honor to be part of the most incredible cast and crew and I will strive to do Kate justice.”

It’s such an honor: After the news broke, an excited Meg wrote on Instagram, “Pinch me please… I’m so excited to announce that I’ll be playing Kate Middleton in Series 6 of Netflix’s ‘The Crown.’

Can’t wait: Sharing his excitement at landing the big role, Ed wrote on Instagram on Friday: “Ahhhhh the big news is out now!!! I’m absolutely thrilled to have the opportunity to play Prince William in #TheCrown in Series 6!!!’

Meg was cast after the Netflix show issued a casting call in April to find a “stunning actress” to play a young Kate.

According to a source at the time, since the character was not critical to the plot, they would only cast an actor who was a perfect fit.

The source said: “Having the Duchess of Cambridge is an easy win for The Crown as it will get more people to watch.

“Especially as it will show her relationship with William as their romance begins to blossom when they were both college students.

“But since she’s not a crucial part of the story, Kate’s presence is a bonus. They will only fill her if they find the right candidate.”

The Crown Season 5 premieres on Netflix in November. Series 1-4 are currently available to stream on the platform.

Married At First Sight Australia 2023: First look at the hottest cast yet