A Melbourne driving school has apologized for sexist marketing on its website that disparages female instructors after it was reported to Australia’s Human Rights Commission for discrimination.

Number 1 Driving School, a Chinese-language company based in Melbourne’s inner-city suburb of Carlton, faced harsh criticism in July for boasting about its all-male workforce online and disparaging female drivers.

“Driving instructors are shy (and) weak,” the website said. 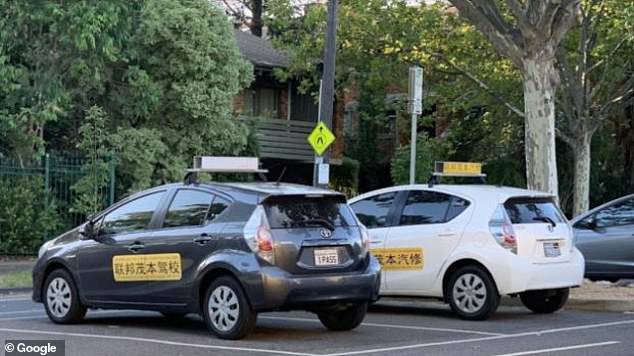 “They spend most of their class time on back roads, don’t get intensive training, and their students often improve very slowly.”

The school removed the section from its website after angry locals reported it to police and the Australian Human Rights Commission for discrimination.

Now the number 1 driving school has placed an ad that is looking for two female driving instructors “at the request of the general public”.

The #1 driving school shared an ad to hire two hard-working and passionate women who “have no bad habits” (above).

“You must hold a Victorian DIA Instructor License, be dedicated to your work, endure difficulties and endure hard work, be willing to endure pressure, be enthusiastic about driver training work, be healthy and have no bad habits,” the ad says.

Andrew Wang, a spokesman for the driving school, said the original disparaging statement on its website was “very inappropriately worded”.

“We have posted an apology on Xiaohongshu (a Chinese social media app) and respect women’s equality at work,” he told ABC.

Mel Wang, who originally posted the school’s website on social media, said she was so struck by the discrimination that she didn’t know what to say.

She responded to the company’s apology by calling it a shallow attempt to save face.

“They removed it (the copy) because so many people reposted it and tried to report it to the authorities,” she said.

“I don’t think her apology was sincere.”

Ms. Wang said the school has threatened legal action against anyone who continues to post negative reviews online.

However, spokesman Mr. Wang said the comments were made by a single staff member who was demoted over the empty threats.