Michael O’Neill has returned for a second spell as Northern Ireland boss as he signs a five-and-a-half deal until Euro 2028.

There had been much speculation about the return of O’Neill, who last managed Stoke City before being sacked in August.

The 53-year-old will manage Northern Ireland during their EURO 2024 campaign, succeeding Ian Baraclough, who was relieved of his duties on October 21.

Following his re-appointment, O’Neill said: “I am delighted to be the Northern Ireland gentlemen’s manager.

“I’m excited to see what can be achieved with this group of players and can’t wait to be back in front of the green and white army at the national stadium.” 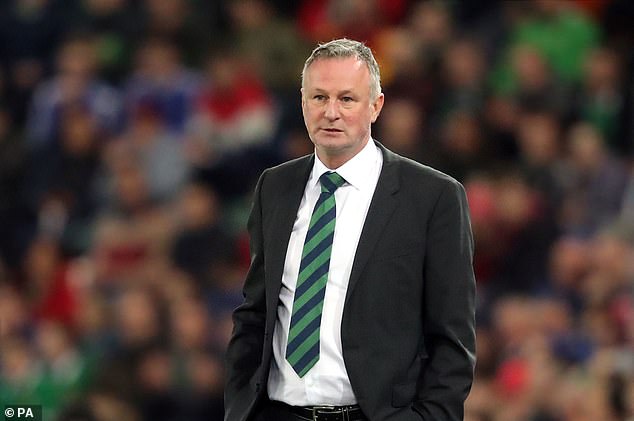 O’Neill’s first tenure as Northern Ireland chief was from December 2011 to April 2020.

In the final months of his tenure, O’Neill managed both his country and Stoke City before finally turning his focus solely to the Championship outfit.

The manager’s return will bring fond memories to Northern Ireland fans, who will recall their successful EURO 2016 season, which ended after a devastating defeat by Wales.

O’Neill’s return will prompt Northern Ireland to return to major tournaments of their own as he ended a 30-year wait in his previous tenure by guiding them to Euro 2016.

O’Neill revived the Green-White Army between 2012 and 2020, inheriting a team that had won two of their last 24 games but won 36 per cent of their 72 games in charge – the highest win rate of any Northern Ireland boss since the great Billy’s first tenure Bingham ended in 1971.

The run to the last 16 of Euros six years ago was the obvious highlight, but Northern Ireland also reached the qualifying play-offs for the 2018 World Cup – denied by a controversial penalty against Switzerland – and also pushed Germany and the Netherlands into a brutal one Group in Euro 2020 qualifying.

That prompted Stoke to call in November 2019. O’Neill initially combined his duties as he hoped to complete the task of reaching the Euros via the play-offs, but when the pandemic led to those games being postponed, O’Neill made way for Ian Baraclough in April 2020 promoted from the U21.

O’Neill fended off looming relegation to League One at Stoke but was unable to put them in the battle for promotion as the club struggled to recruit and he was sacked in August.

With Northern Ireland also struggling under Baraclough – who lost 14 of his 28 games in charge and narrowly avoided relegation in the Nations League – the stars were set for O’Neill’s return when Baraclough was sacked in October.

O’Neill will have to convince veteran stars like captain Steven Davis, 37, and Jonny Evans, 34, to stay for another season but a convenient Euro 2024 qualifier draw – against Denmark, Finland, Slovenia, Kazakhstan and San Marino – Will Give him the opportunity to make an immediate impact.

Commenting on O’Neill’s appointment, FA President Conrad Kirkwood said: “I think Michael is the right man for the job. He comes into the role this time with the benefit of even more experience at both international and national levels, which has only added to his skillset and experience.

“With a positive Euro 2024 qualifying draw, I have no doubt that the green and white army will be behind him and his team.”

Who is Heinrich XIII, Prince of Reuss? Germany's Reich citizens "pivot and pivot"