Microsoft has come under fire for hosting an “intimate” Sting concert for executives in Switzerland the night before announcing it was laying off 10,000 employees.

According to the Wall Street Journal, 50 executives crowded into a venue to listen to Sting, whose legal name is Gordon Matthew Thomas Sumner, 71, at a ski resort in Davos on Tuesday night. The executives were in Davos for the World Economic Forum – a gathering where executives and millionaires meet annually.

Employees told The Wall Street Journal that the Sting concert was looking bad for the company because the legendary artist’s performances cost over $500,000, according to bookings agency AAE Music. It’s unclear if Sting was paid to perform.

The next morning, the company announced it would cut 10,000 jobs – around five percent of its workforce – after suffering from “macroeconomic conditions and changing customer priorities”.

It marks the biggest layoffs at Microsoft since 2014. The company also laid off around 1,000 employees last year. Other tech companies like Amazon and Twitter are also facing layoffs.

Some workers were told Wednesday night they had lost their jobs, while others would find out later. The dismantling will take place by the end of the third quarter of 2023. 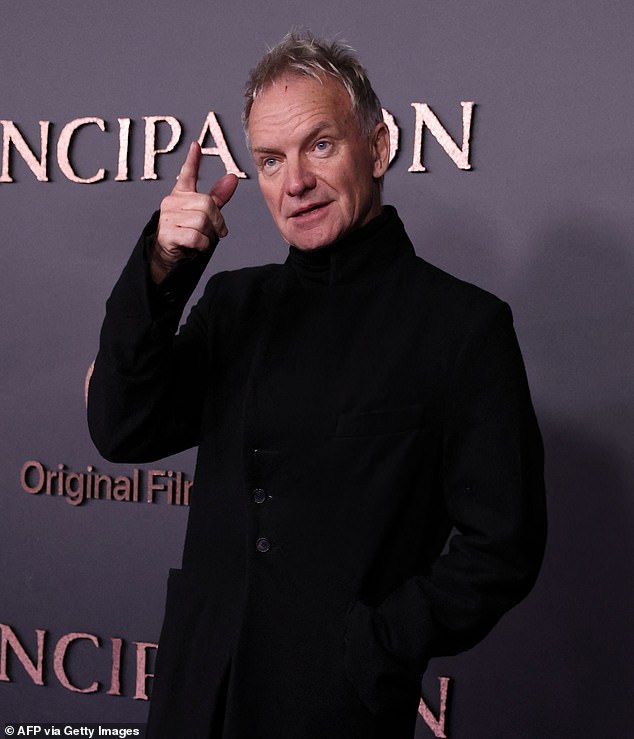 Fifty Microsoft executives enjoyed a private Sting concert (pictured) at a ski resort in Davos, Switzerland, the night before the company announced it was laying off 10,000 employees. Employees said the Sting concert was a bad sight for the company as the legendary artist’s performances top $500,000

Microsoft executives were in Switzerland for the annual World Economic Forum. The new layoffs mark the biggest layoffs at Microsoft since 2014. The company also laid off about 1,000 employees last year

The invitational event in Switzerland had a sustainability theme, which falls within Sting’s environmental work as he is the founder of the Rainforest Fund, which aims to protect rainforests and the indigenous people who live in them. He also supports human rights organizations and campaigns.

Sting has been making many appearances lately, including for his My Songs Tours, which runs from September 2021 to December 2023. He also recently appeared on the popular Hulu show Only Murders in the Building with Selena Gomez.

Additionally, he sold his catalog of songs for an estimated $300 million, according to The New York Times.

In addition, Davos flew around 1,700 private jets into the conference to discuss climate change and global warming. It is unclear whether Sting or Microsoft were among them.

Microsoft isn’t the only tech company to suffer as the world faces economic downturns in the wake of the COVID-19 pandemic.

Earlier this month Amazon announced plans to lay off 18,000 employees and Salesforce estimated it would lay off 10 percent. Goldman Sachs also began laying off more than 3,000 just before bonus season, according to the insider.

This morning, Jeff Bezos showed up unannounced at Washington Post headquarters, leading his staff to fear they too would face layoffs. In recent years, The Washington Post has suffered from dwindling advertising revenue, a decline in website traffic, and a lack of new subscribers. Last month, editor Fred Ryan announced layoffs are coming in the new year.

Using the average salaries reported by these companies in regulatory filings, most of which date from 2021, DailyMail.com estimates that the combined annual salaries of the eliminated positions are approximately $11.95 billion.

That number doesn’t take into account the fact that Amazon, which has a large logistics workforce and an average salary of just $29,007, has primarily targeted higher-paying corporate positions in its overall announced 18,000 job cuts.

It also doesn’t include the many thousands of jobs that have been shed at smaller tech companies that aren’t household names.

Technology-focused companies shed more than 150,000 jobs last year, according to a recent analysis by Layoffs.fyi, which tracks layoffs in real time using information from media and company publications.

The news isn’t all bad for laid-off technicians, however, as data shows that most of them find new jobs relatively quickly after losing their jobs.

Sting has made several public appearances lately, including on his tour and on Hulu’s popular show Only Murders in the Building (pictured).

https://www.dailymail.co.uk/news/article-11659531/Microsoft-hosted-Sting-concert-Davos-night-announcing-slash-10k-jobs.html?ns_mchannel=rss&ns_campaign=1490&ito=1490 Microsoft held a Sting concert in Davos the night before it announced it would cut 10,000 jobs

How to unlock the Miss Fortune item in League of Legends