By Jesse Hyland and Ashlea Knickel for Daily Mail Australia

Two theme park rides have been closed at Movie World due to mechanical failures.

The Green Lantern roller coaster and Doomsday Destroyer Looping Ride were closed this Wednesday in an announcement from Movie World.

Both rides are expected to reopen towards the end of the week.

Movie World said in a statement that the rides were closed early in the morning after staff discovered “faults” during routine inspections. 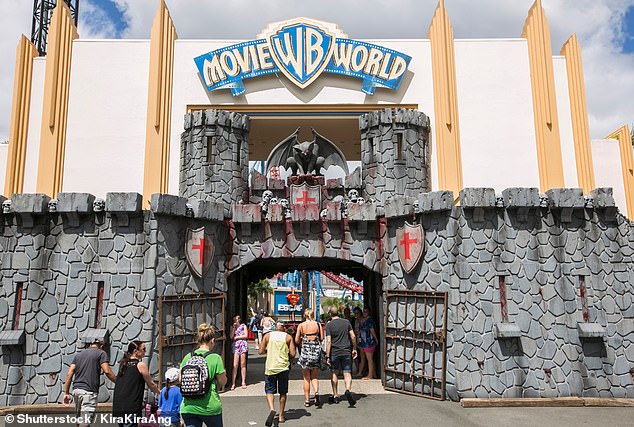 “The safety of our guests is our top priority, and we have a dedicated engineering team that conducts rigorous and comprehensive inspections of all attractions each day before they open,” the theme park’s post said.

“During the technical inspections at Movie World this morning (Wednesday), our team identified an error on the Green Lantern and Doomsday rides that required further discussions with the international ride manufacturers.”

The theme park also noted that there were minor delays in the opening of the Superman Escape and Scooby-Doo roller coasters on Wednesday.

Both rides opened later in the day, but no reason was given for the temporary closure.

“We understand that these closures can be an inconvenience to our guests, and our team at the park is working with them to support their individual experiences,” Movie World’s post read.

“The safety of our guests is our top priority and we have a dedicated team of engineers who conduct rigorous and comprehensive inspections on all attractions each day before they open.”

The Doomsday Destroyer (pictured) was one of the rides closed on Wednesday. It is expected to reopen later in the week

The announcement comes a month after the Doomsday Destroyer malfunctioned, leaving fourteen people hanging upside down.

Amusement park visitors were hanging 21 meters in the air when the ride suddenly came to a standstill for one minute and 54 seconds.

Only when four maintenance workers rushed over and slowly lowered the ride could the buckled people get out.

The ride was closed for the rest of the day while those affected were offered a free day pass.

A theme park spokesman confirmed the Doomsday Destroyer’s “safety operating system, which turns on automatically as a result of sensor activation.”

It comes a month after the theme park’s Doomsday Destroyer malfunctioned, leaving people hanging upside down

Recent problems have cropped up at other Gold Coast theme parks as well, with thrill-seekers getting stuck on the new Leviathan roller coaster at Sea World last Friday.

“A computer detected a possible malfunction of the ride and triggered the standstill.

FIFA 23 83+ x3 Midfielder Upgrade SBC: How To Complete It