By Dominic King for the Daily Mail

Neal Maupay was denied the chance to make his Everton debut on Tuesday night after becoming embroiled in bureaucracy with the Premier League.

Maupay’s £15million move from Brighton to Goodison Park was registered by the club at 4pm last Friday and Everton knew he couldn’t start immediately at Brentford the next day but they expected him to make the trip to Elland Road would be available.

The Frenchman has been training with Everton all weekend but manager Frank Lampard was furious to find out the Premier League said he was ineligible to play, despite this being the second series of games since his signing. 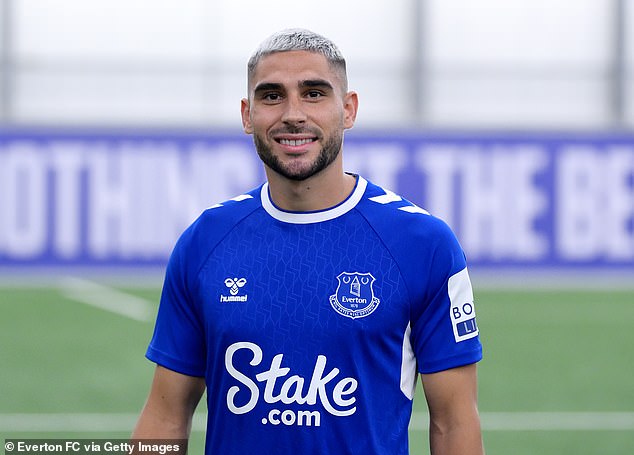 The Premier League insists a player must be registered before 12pm on the previous working day before a game, but Monday’s bank holiday prevented the process from being completed.

“We registered Neal at four o’clock on Friday afternoon,” Lampard confirmed. “The Premier League have not been able to register him since. There has to be a working day, but we had three days off, but four days when he was our player.

“I wish I had the days off that the Premier League seem to have. It’s amazing that we can’t register it.

https://www.dailymail.co.uk/sport/football/article-11161857/Neal-Maupay-DENIED-chance-make-Everton-debut-against-Leeds.html?ns_mchannel=rss&ns_campaign=1490&ito=1490 Neal Maupay is denied a chance to make his Everton debut against Leeds

Luke Bell dead at 32: The country star's body was found in Tucson a WEEK after he was reported missing