By Natalia Penza For Mailonline

Nearly 30 migrants fled a plane at Barcelona’s El Prat airport after a woman on board forced the plane into an emergency landing by pretending she was going into labour.

The drama happened around 4.30am this morning after the plane made its unscheduled stopover en route from the Moroccan city of Casablanca to Istanbul, Turkey.

The flight attendants helped the woman. who claimed her waters had ruptured, disembarked, a group of 28 migrants fled the plane and ran onto the runway.

At last count, 14 people had been located and arrested, including the unnamed woman, after a doctor examined her and found no evidence of her pregnancy. 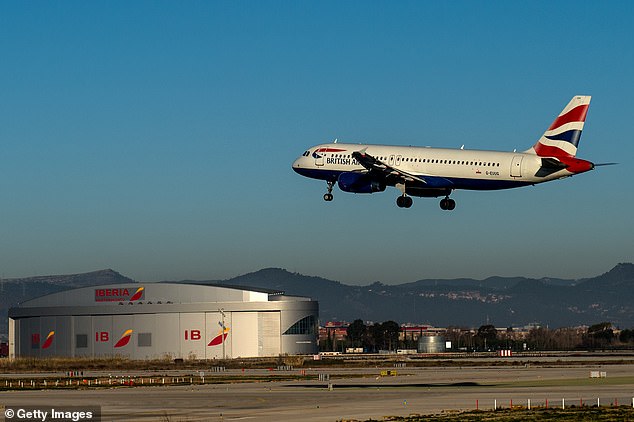 Nearly 30 migrants fled a plane at Barcelona’s El Prat airport after a woman on board forced the plane into an emergency landing by pretending she was going into labour. Pictured: File image of a plane landing at El Prat International Airport in Barcelona, ​​Spain

Five of them reportedly agreed to return to the plane voluntarily and police are scrambling to locate the other 11 migrants who fled.

The company operating flight PC652 with 228 passengers on board has been identified as Pegasus Airlines.

The incident is a repeat of a previous November when more than 20 passengers fled a Casablanca-Istanbul plane after it made an emergency landing at Palma Airport in Mallorca after a Moroccan on board feigned a diabetic coma.

Cristiano Ronaldo "DID NOT train" with Portugal's other substitutes in the round of 16 today.