Mobile phones will be banned in all public schools if Labor wins the upcoming state election in response to a spate of incidents involving students on social media.

Chris Minns, leader of the NSW Labor Party, said he would impose the mobile phone ban in schools if elected, saying it was the “biggest problem” facing young people.

The announcement comes after several Knox High School students were expelled for sharing racist and misogynist content via an online chat room.

“It’s almost impossible for the average teacher to figure out whether a student is trying to solve a complicated problem or is watching a TikTok video in the middle of a lesson,” he told Ben Fordham. 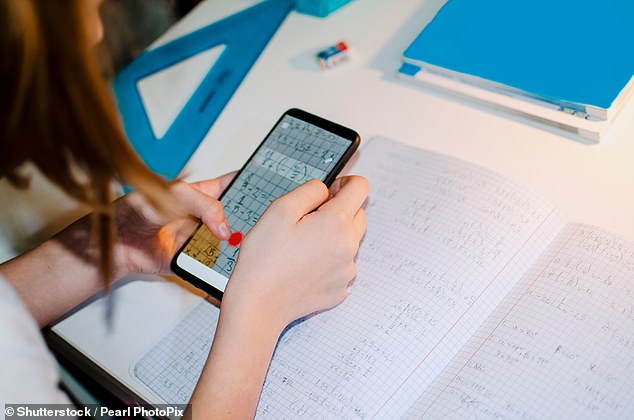 In NSW, mobile phones are banned in primary schools, with secondary schools at their discretion to prevent children from using devices on school premises.

“Right now you can pull out your phone in the middle of class and say it’s for educational purposes. They can understand from the teacher’s point of view that they cannot see whether that is true or not,” the Labor leader told the 2GB presenter.

“We leave it up to the schools whether they collect all phones at the beginning of the day or set a blanket rule where you can’t take it out during a lesson.”

Tablets and iPads will still be allowed to be used in class, with Mr Minns hoping there are technical ways to ensure the right is not abused.

He said decision-making needs to be taken out of the hands of students who don’t have the “maturity” to show restraint.

“I don’t think young people have the maturity to make a decision when deciding the educational issue at hand or using TikTok,” he said.

“Getting kids off social media to the parks or into organized sports is by far the biggest problem in our house.”

Mr Minns also accused tech companies of using the world’s youth as “guinea pigs” and said proper legislation must be implemented to protect them.

Last week, a number of Knox students were expelled from school for using an encrypted app to share “racist, misogynistic and homophobic” content they were assured would never be discovered by their teachers.

Users in the chat room, hosted by messaging service Discord, sent the vile messages using aliases such as “n*****removalservice” and “Fa**othather3000”.

Parents are spending up to $35,000 to send their children to the facility on Sydney’s north shore but “are now trying to settle into other schools,” a Knox spokesperson told Daily Mail Australia.

The messages received by the Daily Telegraph contain a mixture of sexist, racist and anti-Semitic sentiments, coupled with several extreme anti-abortion statements.

“I’m an insane potential pedophile who rapes babies for a living,” said a third, while another questioned why they hadn’t been invited to a “rape party”.

“What’s very disturbing is that there seems to be some sort of organization in the way they communicate,” he told the Daily Telegraph.