The Big Apple will offer the pills at a city clinic in the Bronx starting Wednesday, before making them available in Brooklyn, Manhattan and Queens by the end of the year.

Unlike hospitals that already offer the pills, these clinics don’t collect insurance or billing information.

The move comes as the pills become a focus of the heated abortion debate in America. On Tuesday, a Texas abortion group filed for the revocation of regulatory approval for the drugs.

While the New York process is protected and widely available, some women have faced lengthy travel times and other obstacles since the Supreme Court overturned federal protections for abortion rights in the summer. 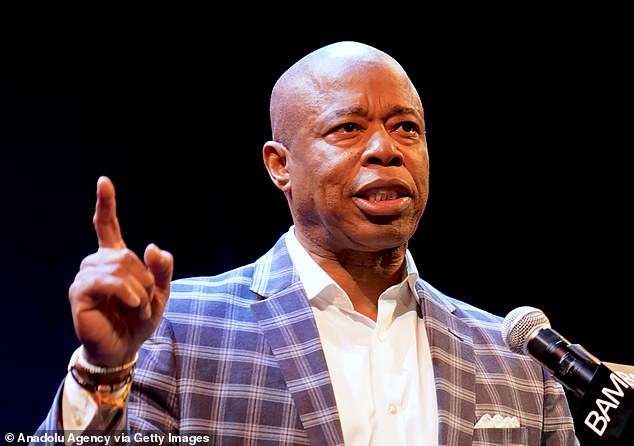 “New York City has always been a beacon of leadership in this nation, and we will continue to lead,” Mayor Adams said during a speech at City Hall announcing the move.

dr New York City Health Commissioner Ashwin Vasan said staff must complete federally-mandated training to distribute the pills — which is why it could be all year before the program expands beyond the single Bronx clinic.

Often referred to as medical abortion, the combination of the drugs mifepristone and misoprostol can terminate a pregnancy within the first 11 weeks.

They can be prescribed by a doctor, and then a woman can take them at home at will.

A woman will first take mifepristone at home before taking the misoprostol within the next two days.

She will then experience significant bleeding and cramping. The pregnancy terminates within hours of taking the second pack of pills.

These pills have gained notoriety, especially in parts of the country where the procedure is banned — as they can be shipped from states where it’s legal and done at home.

Officials are touting the move as a step forward in supporting the city’s women.

Mayor Adams said in his speech: “Health and health care has been focused on men for too long.

“If men had periods, swabs and menopause, they would get paid vacation. And if men could get pregnant, we wouldn’t see Congress trying to pass legislation restricting abortion.’

He added, “We’ve been on the fringes of women’s health for too long, and I’ve personally seen firsthand how the health care system is failing our women.”