Newcastle are planning a transfer swoop for Chelsea trio Conor Gallagher, Ruben Loftus-Cheek and Hakim Ziyech during the January window… with Graham Potter open to letting just ONE player go due to his side’s injury crisis

Newcastle are reportedly interested in signing Conor Gallagher, Ruben Loftus-Cheek and Hakim Ziyech from Chelsea during the January transfer window.

According to The Telegraph, Graham Potter would be ready to let Ziyech go as the 29-year-old has not produced consistent performances since joining in February 2020.

However, the Chelsea boss would be opposed to letting Gallagher and Loftus-Cheek go as he is concerned about the escalating injury problem in his squad. 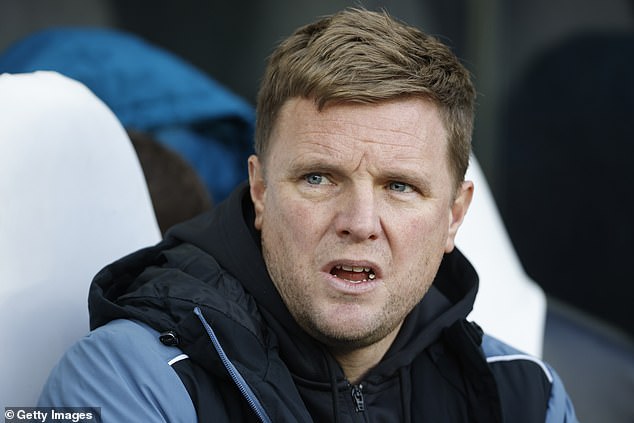 All three players could be interested in leaving Stamford Bridge during the January transfer window as they struggle to secure a place in Potter’s starting XI.

Plus, the arrivals of Mykhailo Mudryk, Joao Felix and Benoit Badiashile at Chelsea in January could see them further down Potter’s pecking order.

Loftus-Cheek was a long-term goal for Newcastle. They expressed interest in signing him in the final two summer windows but have been unable to secure his services.

However, the Chelsea boss would be against letting Gallagher (above) and Loftus-Cheek go

The 26-year-old Scotland international made his last start for the club during United’s 6-3 defeat by Manchester City in October and has been a late substitute on several occasions since.

According to The Telegraph, McTominay would be open to a move to Newcastle as he worries about his lack of playing time under Dutch manager Erik ten Hag.

Newcastle are also keeping an eye on Ruben Neves as they believe the midfielder would be a valuable addition to their squad.

However, Eddie Howe has to be careful with his budget and “has been warned that anything he spends during the January window will be taken out of the summer budget”.

Howe is believed to prioritize signing another central midfielder. However, he is also interested in signing a winger and right-back during the January window.

Six dead, including a six-month-old baby, in a gang-related shooting in Goshen

Woman obsessed with serial killer 'stabbed lover to death while he slept, then giggled when she called boyfriend'