‘The guy is insanely drunk… he’s NOT here to watch tennis’: Novak Djokovic LOSES it to loudmouth tennis fan as Serb demands referee kick spectator out at Australian Open

Novak Djokovic has called for a loudmouth tennis fan to be ejected from the Australian Open after constant heckling at Rod Laver Arena.

Djokovic, 35, took matters into his own hands during his second-round match, telling the referee that the spectator in question was trying to “get into my head” throughout his tie.

“The guy is completely drunk, he provoked me from the first point,” he said. “He’s not here to watch tennis. He just wants to get inside my head.

An angry Novak Djokovic asks the referee to remove a vocal spectator from the audience 😤#OffOpen | @DjokerNole pic.twitter.com/IiASc4pyEj 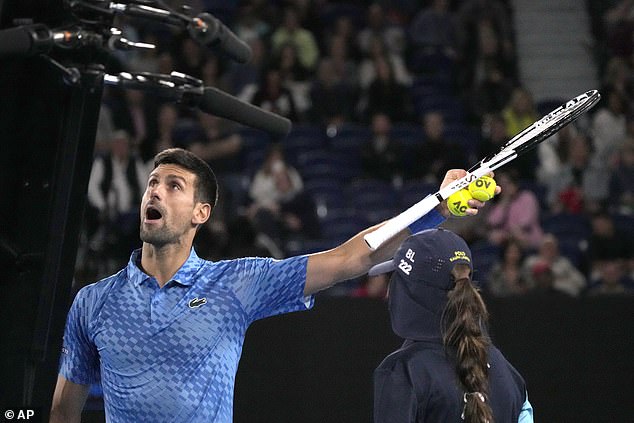 ‘What are you going to do about it? Why don’t you get security to get him out of the stadium?’

A security officer then spoke to a group of fans dressed up as Where’s Wally to calm things down.

Despite the drunks’ best efforts, they couldn’t stop Djokovic from advancing to the third round, with the Serb defeating Enzo Couacaud 6-1 6-7 6-2 6-0.

Where to find the Nidhoggr tooth chip in Tribes of Midgard: Witch Saga