Nutritionists have revealed why sourdough bread isn’t the health hero it’s often made out to be, and the quick and easy two-step process you can use to tell if yours is the real deal.

Sydney’s Susie Burrell and Brisbane’s Leanne Ward are the brains behind the hugely popular podcast The Nutrition Couch, which aims to dispel myths surrounding dieting and healthy eating and how to get the best results.

The couple said that while sourdough is often marketed as the “healthiest” bread choice you can make, many “sourdough breads” are nothing like that and often come in huge slices larger than any regular serving of bread. 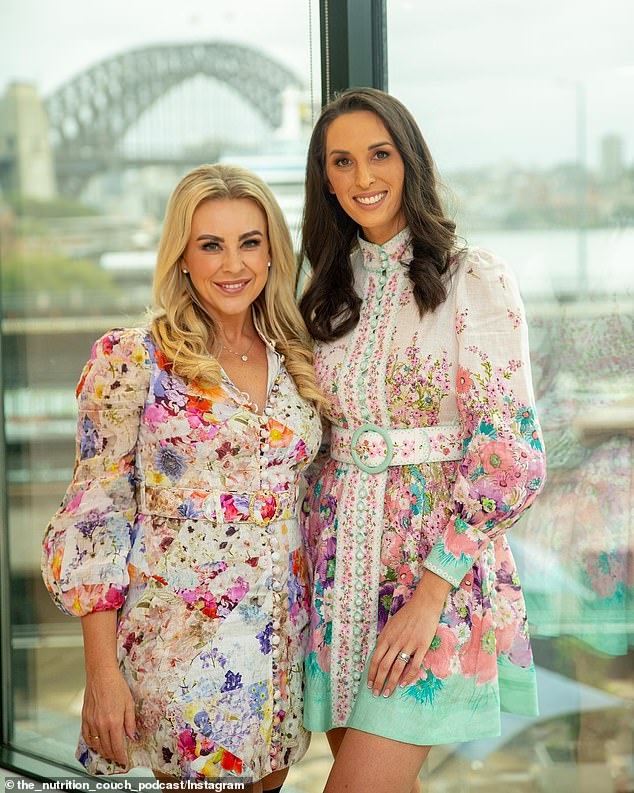 Nutritionists have revealed why sourdough isn’t the health hero it claims to be and the two-step process you can use to tell if yours is good (Susie Burrell and Leanne Ward pictured).

“Just because sourdough has some health benefits, like we know it regulates blood sugar levels better than regular bread, it has good fiber content and it’s good for gut health doesn’t change the fact that it’s still a really high carb load.” has,” Susie said on the podcast.

“It’s also often cut into these giant slices, which have the carbohydrate equivalent of two slices of regular bread — almost 40 to 50 grams per slice.”

Susie added: “I would go as far as to say that white sourdough isn’t even that healthy.

“Sure, it’s better than regular white bread or Turkish bread, but it’s nowhere near as good as a grain or rye option.”

The couple said white sourdough is often not that healthy, especially in large slices, and you’re much better off opting for a grain or rye option (stock image)

Leanne agreed with Susie’s arguments, saying that many of the benefits of sourdough are “outweighed” by consistently “eating tons of it.”

“Sourdough is my best bread choice, but quality is really important,” she said.

“It varies a lot depending on where you buy it.”

There are some quick and easy methods you can use to tell if the sourdough you’ve bought is real or not.

The first is to scan your eyes over the ingredients if they are in a pack and not bought fresh from a bakery.

“Traditional sourdough should be made and fermented over many hours, and ideally should only have three ingredients: flour, water, and salt,” Leanne said.

“Some of the supermarkets have sourdough breads and if you look at them they have a lot of ingredients like ascorbic acid, yogurt and vinegar.

“These are all signs that the sourdough isn’t real and they’re just trying to mimic it.”

She added that a “good quality sourdough” has minimal ingredients and certainly no “sourdough flour.”

“The second way to tell if your sourdough is real is to cut it,” she said.

“When you cut a good one, it has these big air pockets in the loaf. This is a good sign as it indicates a good fermentation process.

“If you cut through and there are no bubbles, then it’s probably not right.”

Both nutritionists agreed that “good” sourdoughs have a “characteristic,” almost sour, taste and are chewy rather than soft.

They also harden quickly over a period of just a day because they don’t have “all the preservatives in them that regular bread has.”

‘If you want to know how good the sourdough you’re eating is, ask the bakery how long it’s left to rise,’ Susie said.

“The longer, the better for the gut.”

Visit the website for more information about The Nutrition Couch here.