OnlyFans model Courtney Clenney pleaded not guilty to the second-degree murder of her boyfriend Christian “Toby” Obumseli through her attorney on Wednesday, months after he was stabbed to death at their Florida home.

The former OnlyFans model made her plea through her attorney Frank Prieto.

“We will enter a not guilty plea on our written pleadings, Your Honor,” Prieto told the court.

Prieto has promised in a statement to the court that they will “set up a vigorous defense in their favor”.

Clenney was formally charged on April 3 with murder five days after she arrived in Miami-Dade after being extradited from Hawaii, where she was arrested earlier this month where she was in rehab for substance abuse.

Her next scheduled court appearance is on September 6. 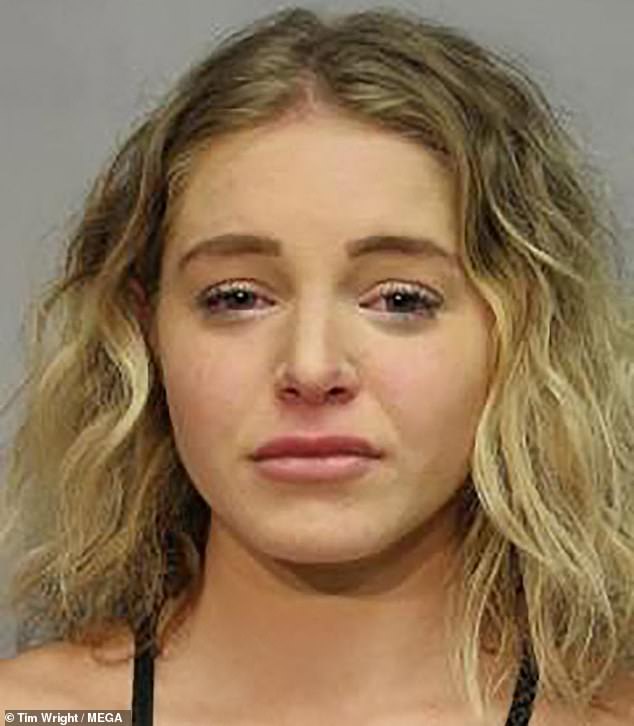 Courtney Clenney, 26, pleaded not guilty Wednesday through her attorney to the second-degree murder of her boyfriend Christian “Toby” Obumseli, months after he was stabbed to death at her Florida home on April 3. She was not in court on Wednesday

Clenney, who goes by the online name Courtney Tailor and has millions of social media followers, is accused of sexually assaulting her boyfriend Christian “Toby” Obumseli on March 3.

Prosecutors say Clenney is the culprit, arguing that she had been attacking Obumseli, who was unarmed at the time of his killing, for a long time.

But her lawyers say she was a victim of domestic violence and argue she acted in self-defense.

The defense is still trying to limit the release of evidence in the case and has said it is concerned about “adult” photos and videos that may be part of the prosecution’s case, the Miami Herald reported.

“It is understood that most, if not all, adult content and sexually explicit materials are irrelevant to the state’s supreme case,” Prieto wrote in a filing to the court.

“Courtney Clenney should be judged on the admissible evidence (subject to judicial review) and not on her lifestyle choices.”

To back up her self-defense story, Clenney’s attorney had previously requested that Obumseli’s body be dug up and examined by a coroner.

Miami attorney Katherine Fernandez said Clenney claimed to have stabbed Obumseli in the chest after he grabbed her by the neck in April at her luxury apartment in the One Paraiso building in Edgewater, Miami, according to the Miami Herald.

Clenney said she threw the knife at her boyfriend from more than 10 feet away, but Fernandez said the autopsy revealed a deep wound that could only be done at close range.

The OnlyFans model was temporarily arrested after police found her covered in blood on her balcony, but was later released because they believed she had acted in self-defense.

Frank Prieto, Clenney’s attorney, suggests she is innocent and acted in self-defense after her boyfriend grabbed her by the throat

Employees and residents of the One Paraiso building, where they live in Miami, reported multiple domestic disturbance complaints about the couple

Obumseli’s body was buried in Texas after his death. The 27-year-old’s family lawyer, Larry Handfield, said Clenney’s lawyer’s efforts were “an act of desperation” and that digging up the body would go against the family’s religious values.

Prieto also asked that the release of evidence against Clenney be stopped without the judge’s first initial inspection of the material.

The filing came after the release of elevator footage from the couple’s Miami home showing the model viciously punching and kicking Obumseli two months before his death.

The footage showed Clenney punching Obumseli and pulling his hair as he desperately tried to deflect her punches.

She jumped up and grabbed his hair from behind, jerking his head back before slamming him sideways in the head

Clenney and Obumseli had been together for less than two years and their relationship was tumultuous.

She was arrested in Las Vegas for domestic violence, and police were called to her Austin, Texas home multiple times.

The couple moved to Miami earlier this year, and staff and residents of the One Paraiso building where they live have reported multiple domestic disturbance complaints about the couple and even moved to vacate.

Clenney and her lawyer allege she was forced to stab Obumseli after he grabbed her by the throat on April 3.

Obumseli’s brother was upset in April that she was not immediately charged over his death, saying it was “because of her ‘privilege’ as a ‘wealthy white woman’ rather than her claim to self-defense.

But in a statement posted to Instagram, the victim’s brother Jeffrey Obumseli – and his family – wrote that they don’t believe Clenney and are demanding that she be charged with killing the brother, whom he called Toby.

The model was captured on video covered in blood on her high-rise balcony shortly after the murder.

“The bottom line is inextricably clear: Courtney is treated differently because of her privilege as a wealthy white woman,” Jeffrey Obumseli wrote on Instagram.

“Within 24 hours of Toby’s death, the detective on the case prematurely concluded that it was not a violent crime.”

Clenney is shown on April 3 after allegedly stabbing Obumseli on the balcony of her home. She is covered in blood when her dog looks at her

The 27-year-old’s family lawyer, Larry Handfield, says Clenney’s lawyer’s efforts to have his body dug up were “an act of desperation” and went against the family’s religious values

Obumseli’s family, from Austin, Texas, continues to demand answers. His family is raising money for him on GoFundMe.

On their side, they say he was the victim of a “heinous act of violence.”

“Christian Toby Obumseli was murdered in Florida a week before his 28th birthday. It is ruthless to make sense of our new reality.

“That someone, through his selfish act, tore Christian out of this world. Suffice it to say that we are shocked and hurt – we are absolutely devastated.

“His murder leaves many unanswered questions and creates a void that can never be repaired or filled. Not even with time.

“Christian was extremely compassionate and had a desire to always uplift those around him. He does not deserve to have his life shortened by a heinous act of violence.”

Clenney said she threw the knife at her boyfriend from more than 10 feet away, but Fernandez said the autopsy revealed a deep wound that could only be done at close range

Throughout the investigation, Clenney posted adult content on her OnlyFans page as she allegedly killed her boyfriend.

A day after she killed Obumseli, X-rated content had appeared on her website, but it’s unclear if the release was planned before the incident.

Nearly a day after her arrest, Clenney’s page was taken down.

The latest post featured her in a skimpy pink dress in Miami with the caption, “My face thinking of a fresh pair of claws… what color should I go for?”