An Optus executive turned red-faced after claiming on live radio that every customer affected by Australia’s biggest-ever cyberattack had been notified – only for a victim to call and claim they hadn’t been told .

A mysterious hacker who claims to be behind the breach has since demanded Optus hand over a ransom of $1.5 million in cryptocurrency Monero or they will release the data.

On Monday, Sally Oelerich — the telecom company’s director of corporate affairs for regulatory and public affairs — dialed into the 2GB breakfast program and said: “For customers whose data was compromised as a result of this attack, we have now informed them.”

But customer Casey Robinson then called and reported that her husband’s account had been hacked and personal information, such as his phone number, had been compromised as early as September 12. 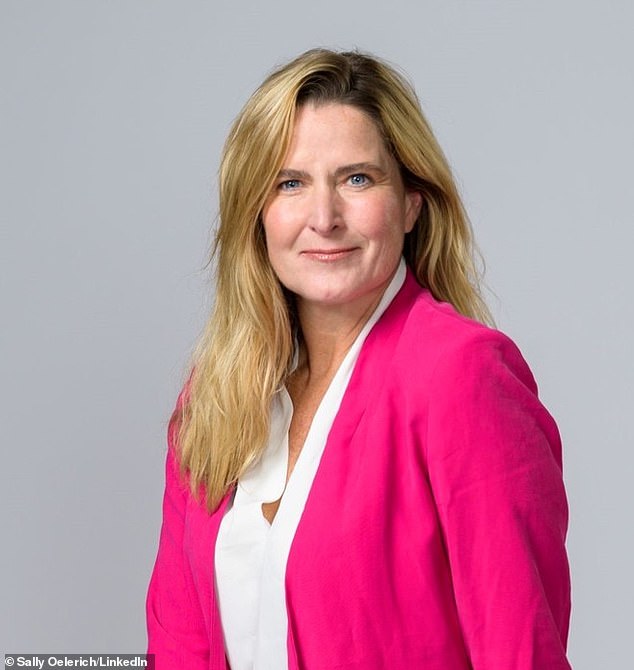 A mysterious hacker who claims to be behind the breach has since demanded Optus hand over a ransom of $1.5 million in cryptocurrency Monero or they will release the data

‘You haven’t been informed by Optus what to do with your accounts?’ said the radio host.

“Not at all, not a single email,” Ms. Robinson replied.

Mr Smith then put the question to Mrs Oelerich.

“You said you’ve contacted everyone you think had their data compromised?” he said.

2GB radio host Chris Smith asked Optus board several questions about the breach, which may have affected more than 11 million customers

Ms. Oelerich replied: “As a result of this attack.”

Ms Oelerich then stumbled before apologizing to Ms Robinson for breaching her husband’s data.

“I wouldn’t wish that on my worst enemy,” she said.

The executive then said all Optus customers affected by the breach had been contacted by the telecom company before Mr Smith indicated that this was not the case.

“I don’t think so, well I don’t know Casey’s individual circumstances or her partner,” she said before asking for Ms Robinson’s details and promising to follow up on her affair personally.

At the beginning of the chaotic interview, Ms. Oelerich said she herself was a victim of the cyber attack and her driver’s license number was compromised.

She dodged several questions about claims the hackers were behind the attack, instead telling Mr. Smith that the matter was being investigated.

It is estimated that 11.2 million Optus customers had their personal addresses, dates of birth, phone numbers, passport details and driver’s licenses compromised

She added that the alleged hackers did not contact Optus directly and could not “validate that this is even legitimate”.

Tech experts believe the hacker’s claims are legitimate, but Ms Oelerich declined to answer whether she thought it was real or not, saying she was doing everything she’d been advised to “protect customers.” “.

The ransom note surfaced on an online forum on Saturday morning, with the hackers warning the telecom company it had a week to respond.

The warning comes as Optus customers vent their frustration on social media, with some claiming it took three days for Optus to start contacting them personally.

On Friday morning, CEO Kelly Bayer Rosemary issued an emotional apology to the millions of Optus customers whose data had been compromised.

She confirmed payment details and account passwords were protected, but admitted she felt “terrible” the breach happened under her watch.

“I think it’s a mix of a lot of different emotions,” she said, looking down.

“Of course I’m angry that there are people out there who want to do this to our customers, I’m disappointed that we couldn’t have prevented it.

“I’m very sorry and I apologize. It shouldn’t have happened.’