Johnson, who hails from Charleston, South Carolina, was considered the clear favorite to be named Carolina Panthers head coach and was scheduled to be interviewed with the team on Wednesday.

However, he has reportedly opted to remain with the Detroit Lions for the upcoming 2023 season. 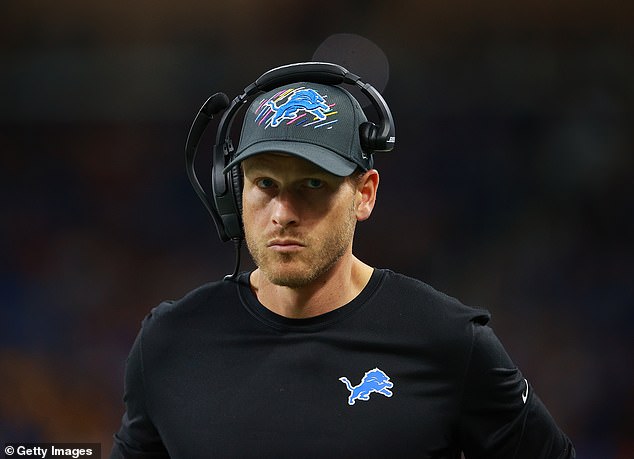 “He feels Detroit is building something special and wants to see it through,” said NFL insider Tom Pelissero. ‘Should be a hot HC name again next year.’

For the past season and a half, the Lions’ offense has thrived since Johnson was handed the reins following the firing of former OC Anthony Lynn, leading owners like the Panthers’ David Tepper to be keen on him.

“It’s been rumored in league circles that Tepper is infatuated with Johnson, whose innovative plans helped the Lions finish fifth in the NFL in his first season as offensive coordinator by scoring offense and total offense,” wrote Athletic’s Joseph Person.

“Johnson’s a sharp guy – with degrees from UNC in math and computer science – so you have to assume he’ll ace his interview this week.”

Lions quarterback Jared Goff was one of the biggest beneficiaries of Johnson’s acquisition as he had looked utterly lost during his Detroit tenure up to that point.

Wide receiver Amon-Ra St. Brown also benefited as he developed into one of the league’s elite wideouts under Johnson.

Johnson is also the third coach to drop out of the running for the Panthers head coaching job, along with 49ers defensive coordinator DeMeco Ryans, who reportedly canceled his interview, and Patriots linebackers coach Jerod Mayo, who refused to conduct an interview.

Carolina spoke to John Harbaugh, who chose to remain head coach at the University of Michigan rather than take an NFL job this year.

Tripadvisor ranks Dubai as 2023's No1 destination, with London top in Europe and NYC first in USA