Paperchase will bring in administrators as the ailing high street chain finds a bailout buyer just months after its last change of ownership.

The stationery business, which normally relies on the festive trade to boost its sales, has joined the growing list of retail casualties after changing High Street consumer habits and the long-term impact of lockdown measures were hit. 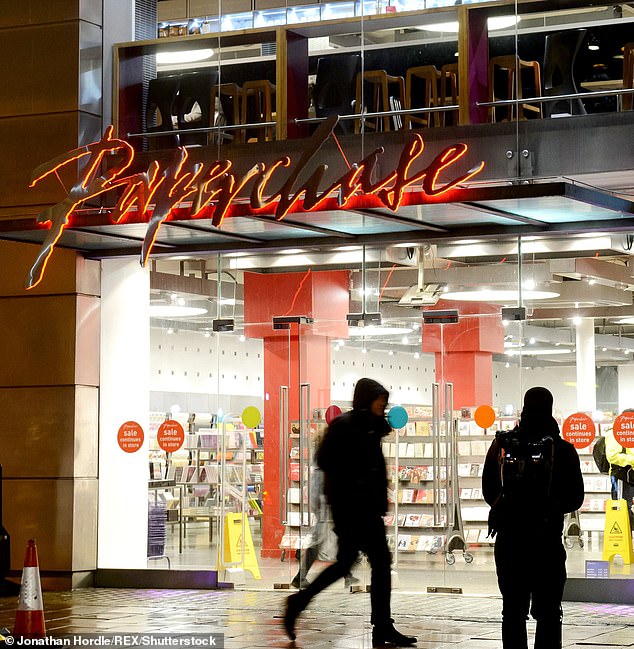 Paperchase, which employs hundreds of staff and craftsmen at around 100 locations across the UK, had previously boasted of plans to expand the business.

The company once employed nearly 1,300 people and had more than 125 locations across the country — with concessions at Selfridges, Next and House of Fraser — before sliding into bankruptcy during the pandemic.

It currently remains unclear how many stores and jobs could be at risk following their recent administrative trial.

Begbies Traynor, the professional services company, has been put in place to deal with a possible bankruptcy, reports Sky News.

The stationery business, which normally relies on the festive trade to boost its sales, has joined the growing list of retail casualties after changing High Street consumer habits and the long-term impact of lockdown measures were hit

Steve Curtis, a veteran private investor whose past ventures include high-street names like Tie Rack and Jigsaw, took over the embattled chain in August.

It was previously bought by American bookseller Borders in 2010 in a £20m management buyout backed by private equity Primary Capital. It was launched in 2015 but didn’t receive any suitable offers.

Paperchase’s success dates back to 1968 after it was bought by art students Eddie Pond and Judith Cash – the latter decided to buy the shop after rising to manager and scraping together enough money to keep the previous owners off the sale to convince.

Their business grew more and more successful until they decided to sell it in the 1980s. Today Paperchase is an international chain of stores on three continents.

https://www.dailymail.co.uk/news/article-11644553/Paperchase-forced-call-administrators-High-Street-stationer-faces-collapse.html?ns_mchannel=rss&ns_campaign=1490&ito=1490 Paperchase is forced to bring in administrators as its High Street stationery shop faces collapse