Penalties for lorry drivers who accidentally bring stowaways into the UK will rise from £2,000 to £10,000 per migrant as part of Government plans to tighten rules

Fines for lorry drivers who accidentally bring stowaways into the UK will rise from £2,000 to £10,000 per migrant, the Immigration Secretary has announced.

Robert Jenrick told MPs the measure is part of the government’s determination to “tackle illegal migration” and “crush the organized criminal gangs behind it”.

He admitted concerns the current penalties for hauliers – which have been in place for more than 20 years – have not proven effective in ensuring drivers properly secure their vehicles from migrants.

The increased fines, new maximum penalties and a new penalty for insufficiently securing a truck are expected to come into effect on February 13. 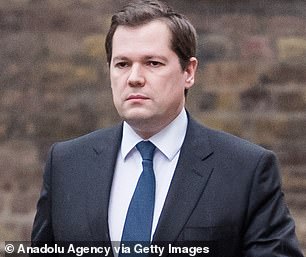 Government reforms will also include new safety standards for all vehicles.

In a written statement to the House of Commons, Mr Jenrick noted that in 2020-21 there were 3,145 incidents of clandestine entrants being found hidden in vehicles.

This came despite the Covid pandemic seeing reduced traffic across UK borders.

Penalties for lorry drivers who accidentally bring stowaways into the UK will rise from £2,000 to £10,000 per migrant

In 2021-22 there were 3,838 incidents where clandestine entrants were found hidden in vehicles

Mr Jenrick said the Government was concerned the Clandestine Entrant Civil Penalty Scheme was “not having enough impact”.

“Existing penalty levels have not changed since 2002,” he added.

“Drivers and other responsible persons are not taking the necessary steps to secure their vehicles and illegal entrants continue to use these routes to get into the UK.”

The system aims to combat negligence by people who are not criminals but are responsible for allowing stowaways access to a vehicle due to their negligence.

Under immigration legislation, the government can penalize vehicle owners, hirers and drivers who fail to secure a vehicle and take illegal travelers into the UK.

The new maximum fine applies to each migrant found in a vehicle, meaning a driver found with two stowaways could face a £20,000 fine.

Mr Jenrick said: “Our reforms, including new penalties, have been designed to strike a better balance between deterring negligence and failing to meet vehicle safety standards, while ensuring the regime does not place an undue burden on the industry.”

Those who intentionally attempt to smuggle people into the UK face criminal prosecution rather than fines under the civil penal system.

A Home Office spokesman said: “This is the first revision of the Clandestine Entrant Civil Penalty Scheme in 20 years and demonstrates the government’s continued commitment to cracking down on illegal migration.

“Far too many vehicles are currently not adequately secured. These measures are another tool to secure our border, prevent illegal migration and dismantle the business model of people smugglers.”

https://www.dailymail.co.uk/news/article-11640653/Fines-lorry-drivers-inadvertently-bring-stowaways-UK-rise-10-000-migrant.html?ns_mchannel=rss&ns_campaign=1490&ito=1490 Penalties for lorry drivers who accidentally bring stowaways into the UK will rise to £10,000 per migrant

Sekiro Demon of Hatred: How to Find Hidden Boss