A woman who woke up paralyzed after eating shellfish issued a stark warning of the dangers of an odorless and tasteless toxin laced with the seafood.

Ms Taia said she felt as if she had been given an anesthetic injection when her lips began to tingle and she felt dizzy. 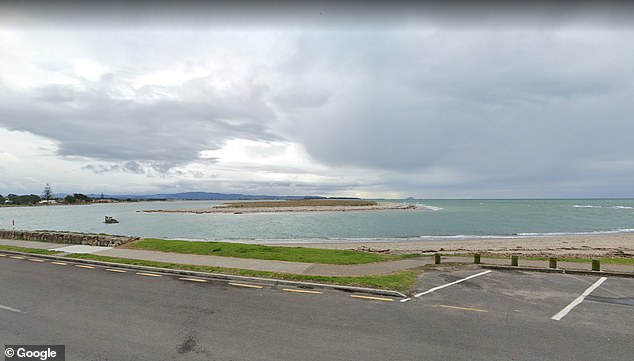 “It went pretty quickly from there and it affected my face,” she told the New Zealand Herald.

“My head started going numb and I got dizzy. I couldn’t speak clearly.

“I was wondering what’s going on. I got dizzy and had tunnel vision.

‘I [then] started to lose feeling in my hands and arms.

Ms. Taia’s son called the emergency services, but when her condition rapidly deteriorated, he took her to the city, where they discovered an ambulance.

Paramedics examined Ms. Taia but found nothing, and after further examinations at the hospital, she was sent home to rest.

The next morning, Ms. Taia could not move and was completely paralyzed from head to toe.

She was taken back to the hospital, where doctors were still at a loss as to her condition.

“We were there for a few hours and I was getting weaker and weaker,” Ms. Taia said.

“My breathing slowed and I thought I was going to die. I couldn’t breathe, I was panicking because I had no diagnosis of what it was.

Doctors discovered Ms Taia was suffering from the effects of paralytic shellfish poison (PSP) after a nurse asked her if she wanted anything to eat, and her family said the last thing she ate was the night before been cores.

Ms Taia was given oxygen to help her breathing and fluids to flush out the toxin, and she made a full recovery within a week.

Ms Taia shared for the first time this month her ordeal at a Wānanga – a public college that offers education in the Māori cultural context.

Organized by Māori environmental organization Te Arawa Ki Tai, the Wānanga helped raise awareness of the dangers of PSP in the community.

“Shellfish have accompanied our people for generations,” Ms. Taia said.

Last week, scientists at the Cawthron Institute donated rapid test kits to the community, allowing individuals to test for the toxin.

‘Little Waihī is a place where Te Arawa traditionally come from the lakes to get their Kaimoana [seafood]’ said Mrs Bennet.

“We still want these customs to take place, and as Kaitiaki, it’s our job to make sure it’s safe for others.”

What is paralytic shellfish venom?

When shellfish eat algae with the biotoxin, they can sometimes retain the toxin.

The biotoxin acts on the nervous system and paralyzes muscles, hence the term “paralyzing” shellfish venom.

Symptoms of PSP usually appear within 10 minutes to three hours after eating the poisonous shellfish.

Symptoms include numbness and tingling around the mouth, face and limbs, difficulty swallowing or breathing, dizziness and headache, nausea and vomiting, diarrhea, paralysis and respiratory failure, and in severe cases, death.

Anyone showing symptoms of PSP should see a doctor right away and save any leftover shellfish so they can be tested.

Bill Clinton is red in the face as he enjoys a cozy chat with sex therapist Dr. Ruth Westheimer enjoys