Police and Coastguard are joining the urgent search for the missing 12-year-old boy, who has not been seen since leaving his West Sussex home on Monday night

By Dan Sales For Mailonline

Police are searching for a 12-year-old boy who has not been seen since leaving his home with a flashlight in freezing temperatures last night.

Richard Phorrington was last sighted at his home in Shoreham, West Sussex, at 7.30pm on Monday evening.

Richard was wearing a long black hooded jacket when he disappeared but was not wearing shoes.

Around 50 members of the emergency crew and volunteers, including the Coast Guard, were seen searching last night. 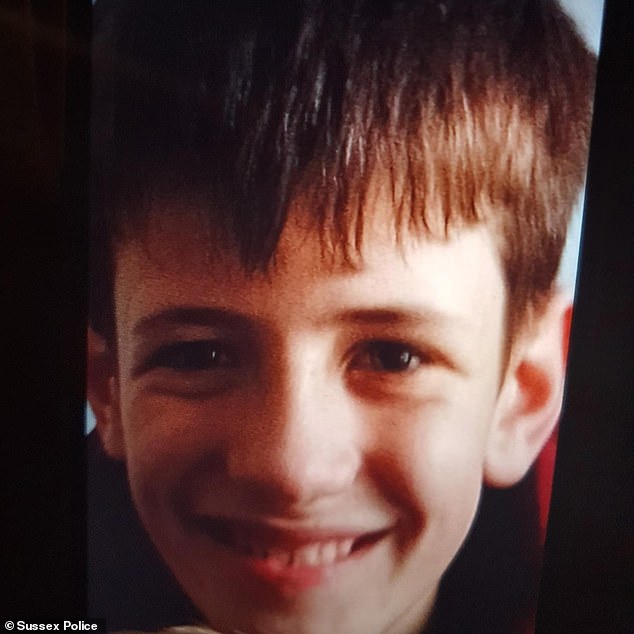 Richard Phorrington, 12, suddenly disappeared from his home in Shoreham at 7.30pm last night

Around 50 emergency crew members and volunteers, including the Coast Guard, participated in the hunt

Helpers were seen checking the coastal town’s port to try to find Richard, but to no avail.

A Sussex Police spokesman said: “We are concerned for the well-being of missing Richard Phorrington, 12, from Shoreham.

“He was last seen leaving his home address at 7.30pm on Monday but has not been seen since.

“Richard is described as having a slim build, approximately 5 feet 3 inches tall and wearing a long black hooded jacket, dark jeans, black socks and no shoes.

Anyone with information on Richard’s whereabouts is asked to call 999 using serial number 1159 dated 01/16. to specify.