Prince Harry and Meghan Markle are reportedly looking for a new home in a private California community because their existing $14 million mansion “doesn’t accommodate them properly.”

Rumors surrounding the Duke and Duchess of Sussex claim the royal couple have outgrown their Montecito mansion and are eyeing properties in the nearby community of Hope Ranch, where luxury homes cost as much as $22 million, The Santa Barbara News-Press reported.

Hope Ranch is about 10 miles away and offers an array of upscale amenities including a country club, golf club, tennis court and equestrian trails.

The News-Press reported that the couple may have already bought a property there but could not confirm a purchase. It’s unclear if the couple would like to buy a larger home than their current mansion or a smaller property.

While several celebrities reside in Montecito, including Katy Perry, Adam Levine, Ellen DeGeneres, and Jennifer Aniston, the affluent private neighborhood of Hope Ranch would serve as a quieter community for the royals and their two children.

Speculation about Harry and Meghan’s desire to move comes after police installed cameras to scan number plates near their mansion, amid a rise in crime in the neighborhood. 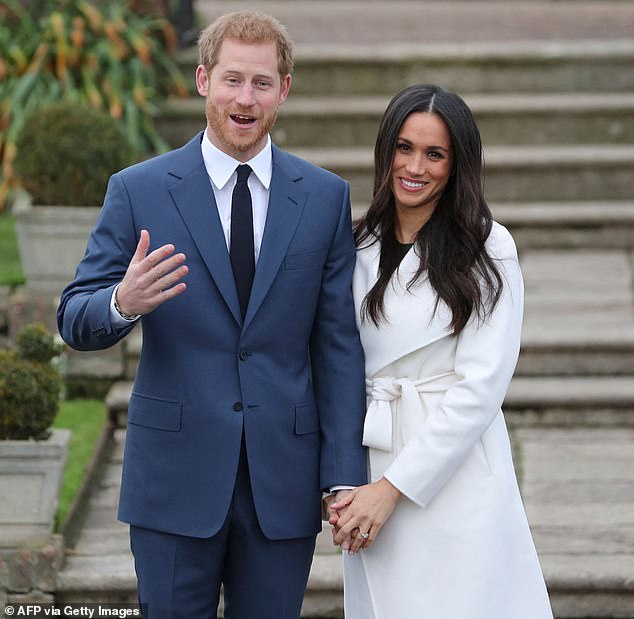 Prince Harry and Meghan Markle are rumored to be looking for a new mansion in Hope Ranch, California because their current $14 million home “doesn’t accommodate them properly.”

The Duke and Duchess of Sussex are reportedly looking to vacate their home in Montecito (above), just as police reported the installation of new surveillance cameras to help combat rampant crime

The small but affluent community of Hope Ranch (above) has a country club, golf club, tennis courts, picnic areas, and a network of horse trails

In an email to residents, including the Duke and Duchess, the Montecito Association said the cameras would be installed “in response to the high-value property crime we’ve witnessed recently,” The Sun reported.

“The crimes are being committed by sophisticated out-of-area theft gangs,” the email said.

Harry and Meghan reportedly had their own scare in May when police were alerted to two intruders at their home during a 12-day period when the family was believed to be at home.

According to police records, an intruder was reported at Meghan and Harry’s home at 5:44 p.m. on their wedding anniversary, May 19.

Less than two weeks later, at 3:21pm on May 31 – just hours before the couple were due to take a private jet to the UK for the Queen’s Platinum Jubilee, another intruder was reported.

According to The Sun, Santa Barbara County undersheriff Craig Bonner said in an online meeting with locals that authorities have “some problems with professional burglars.”

“We want these cameras to be up and running as soon as possible to capture these people coming and going from the area,” Bonner told residents.

The Montecito Police Department is installing solar-powered cameras, costing $2,500, to see who is in the area when a crime is reported to have occurred. The royal couple recently witnessed two break-ins at their villa in the community

Given the rise in crime in the area, Harry and Meghan could instead opt to move to a safer neighborhood while staying in Santa Barbara.

The unincorporated village of Hope Ranch has a population of about 2,200 according to the U.S. Census.

The small but affluent community has a members-only country club, golf club, tennis courts, picnic areas, and a network of equestrian trails, with about 10 percent of the population owning their own horses.

Hope Ranch residents also have access to their own private beach and hiking trails.

Harry and Meghan bought their existing property in June 2020, four months after the so-called “Megxit” deal that saw them leave the royal family.

They’ve since signed deals with Netflix and Spotify totaling $135 million, with Harry reportedly expecting another $20 million for the release of his autobiography.

Reports suggest the prince is keen to make changes to the book after his grandmother Queen Elizabeth died last month aged 96 and his father Charles ascended the throne.