Professor Robert Winston has given a tragic account of his wife’s final moments as a 999 crew attempted to save her – and how the grief has led him to question “if life is worth moving on”.

In a new episode of the podcast Crisis What Crisis? with host Andy Coulson, Lord Winston, 81, detailed how his wife Lira, 72, died in his arms while struggling to convince a telephone operator to send an ambulance.

Scientist, author and broadcaster Lord Winston is one of the UK’s leading experts on IVF and has published around 300 articles on human reproduction and early pregnancy. He is Professor Emeritus of Fertility Studies at Imperial College London.

Lira Winston suffered cardiac arrest in December 2021 while Lord Winston was desperately awaiting the arrival of an ambulance. 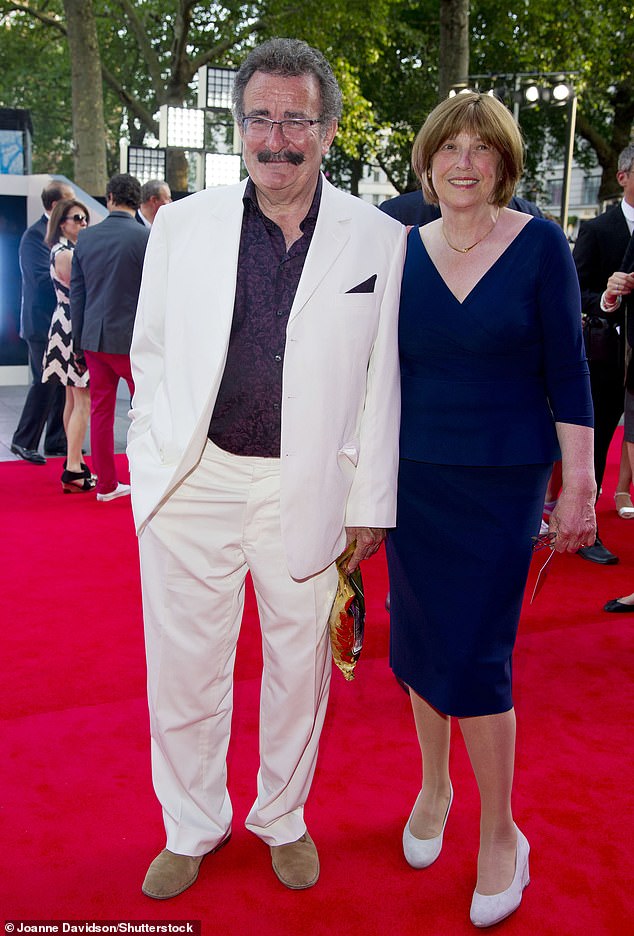 In a new episode of the podcast Crisis What Crisis? With host Andy Coulson (pictured), Mr Winston explained how his other half, Lira, died in his arms

Recent data shows that ambulance wait times in England have worsened in recent months, with 999 crews taking longer to attend to heart attack and stroke victims.

It took paramedics an average of over 90 minutes to get to Category 2 calls, although the target is 18 minutes.

Lord Winston said on the podcast: “By the time the ambulance arrived it was obviously too late but it probably would have been anyway.

“There was a lot of COVID circulating and it lasted about 18 minutes, which was really a bit too long. So when the paramedics came, they were overly scared and actually went on for far too long.

“They really weren’t ready to give up, they didn’t want to give up. At one point I had to tell them, “Look, you did everything you could do. You put an IV on her, you put her on cardioversion, it’s not working, and I totally accept that she’s dead.”

After the tragic incident, he explained how he’s struggled with grief ever since.

Lord Winston, also known for BBC series Child Of Our Time, said: “You start to wonder if it’s worth moving on with your own life. It’s obvious you’re thinking about it.

“But what are you learning? I do not know. I think people learn different things and people react to grief very differently.”

A survey shows that Brits have low confidence that ambulances and the NHS can treat them, but it also found that more than half of those polled blamed the government for NHS staff strikes

This is five times longer than the NHS’ 18-minute target.

It is also the longest response time since records began in 2017, by more than 30 minutes.

The previous record was 1 hour, 1 minute and 19 seconds and was recorded in October.

A study by the Daily Mail last year also found that in some areas callers to 999 have to wait more than nine minutes for someone to answer the phone.

New ambulance strikes have been announced for February and March, during which they will be called out four times.

The next strike will take place next Monday, January 23rd.

During the podcast, Mr Winston also spoke about the NHS, saying: “Most people in the NHS know it could be so much better.”

He added: “We didn’t invent healthcare… but it’s here and we need to find a way to make it work.

“The thing is to say, look, that’s GDP and that’s how much we can afford to spend on health.

“There will be a gap. How do we finance this gap and what do we do about it?’

https://www.dailymail.co.uk/news/article-11661129/Professor-Robert-Winston-gives-tragic-account-wifes-moments-999-crew-tried-save-her.html?ns_mchannel=rss&ns_campaign=1490&ito=1490 Professor Robert Winston tragically recounts his wife’s final moments as the 999 crew tried to save her