PSG 5-4 Saudi All-Star XI: Cristiano Ronaldo clinches a brace on his debut… but it’s Lionel Messi’s side who emerge victorious from the nine-goal thriller

Lionel Messi emerged victorious from his showdown with Cristiano Ronaldo as the game ended 5-4 in favor of Paris Saint-Germain on Thursday night.

The game may have been the last time Messi and Ronaldo shared the same pitch and it’s safe to say it didn’t disappoint. 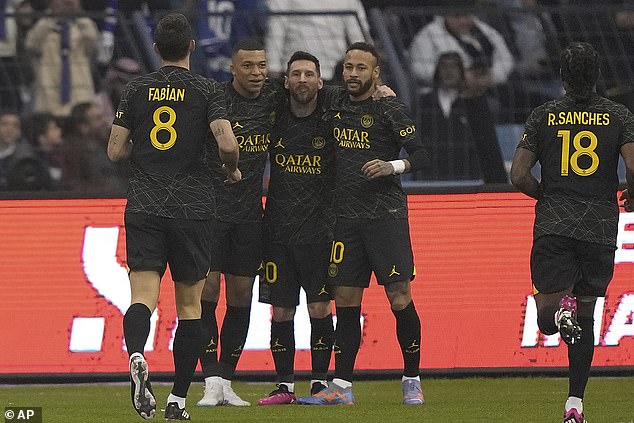