By Rachael Ward For Aap

Two people have died in a collision during an off-road motorsport race in north-west Victoria.

Their vehicle went off the track, hit a tree and burst into flames on Sunday.

The driver and passenger died at the scene. They have not been publicly identified.

The accident happened just after 9 a.m. at the Rainbow Desert Enduro event around 400 kilometers from Melbourne. 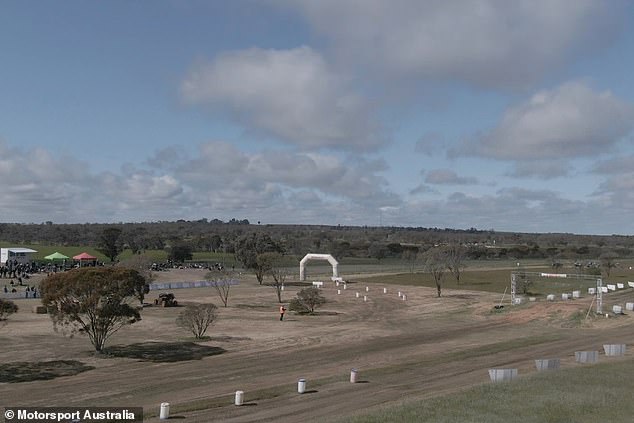 The Rainbow Desert Enduro off-road race was canceled after two people died in an accident (Pictured: the deserted track after the accident)

About 63 teams took part in the two-day event, which included multiple laps of a 75km course.

On Sunday morning, emergency services, including the police, were on site.

It was the first time Rainbow had hosted the race since the pandemic began.

Motorsport Australia initially suspended the event and later confirmed it was cancelled.

In a statement, the organization said it was supporting the event’s organizers and attendees while police investigated the incident.

She expressed her condolences to the couple’s family and friends.

The Padded Funiloth Vest is discounted to $29.99 on Amazon so you can copy Kate Middleton's style