RB Leipzig have hinted that French striker Chirstopher Nuknku will join Chelsea this summer as the Blues continue to spend heavily in the transfer window.

Nkunku has become one of Europe’s most sought-after players during his time in Germany, scoring 35 goals in all competitions last year before adding 17 in just 23 games this season.

According to reports in the Evening Standard, Chelsea agreed to a move for the 25-year-old in October and Leipzig appear to have confirmed the deal is likely to be finalized at the end of the season. 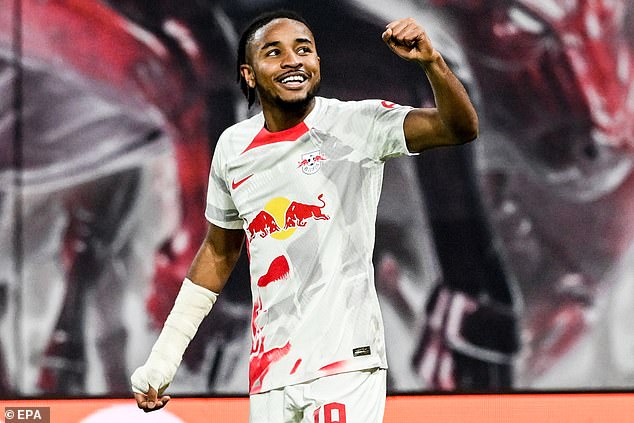 “The signs are very, very clear that he is moving to Chelsea,” RB Lepizig sporting director Max Eberl told BILD.

It comes amid a spate of spending from the west London club who signed Ukraine winger Mykhaylo Mudryk for £88million last week.

They also recently spent £9million to loan out Portuguese striker Joao Felix, but the 23-year-old will miss part of his short stint at the club after being sent off in his club debut and being suspended for three games.

Despite Todd Boehly flexing his financial muscles at the helm of Chelsea’s new regime, results on the pitch are proving elusive.

Graham Potter’s men clinched three vital points against Crystal Palace on Sunday, but it was only their second win in nine games.

They are 10th in the league, a far cry from Champions League spots for a club that spent £400million last year.

Chelsea will be next in action when they take on Liverpool on Saturday, another side who have dramatically underperformed in the league this season.

Jim Molan has died at the age of 72