Teen figure skater Kamila Valieva has been acquitted by Russia over a drugs scandal that rocked the Beijing 2022 Winter Olympics, as the US anti-doping chief slammed the “selfish decision” and urged WADA to appeal

By Riath Al-Samarrai for the Daily Mail

Russia’s anti-doping authorities have ruled that Kamila Valieva, the teenage skater who was at the center of the drugs scandal that rocked last year’s Winter Olympics, was not to blame for her positive test.

In a controversial ruling, which is set to be appealed by the World Anti-Doping Agency and which has caused furor in the wider community, a court at the Russian Anti-Doping Agency (RUSADA) found that Valieva had “no fault or negligence to wear”.

Valieva was at risk of having the Olympic ice skating team gold she won for Russia as a 15-year-old in Beijing – a win quickly followed by the revelation that she had tested positive for the banned substance trimetazidine in December 2021 . 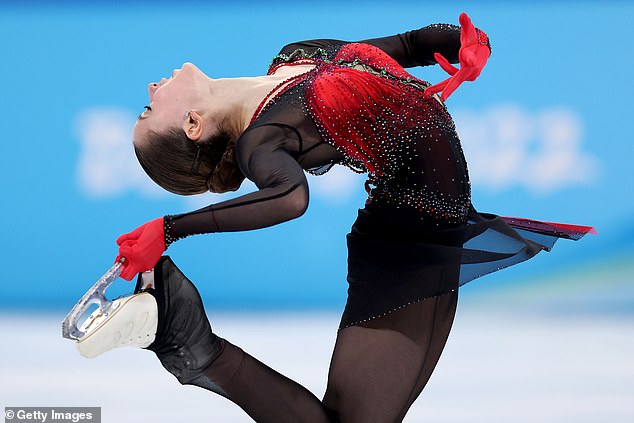 In a surreal twist, in the ensuing storm, Valieva’s legal team claimed that she may have accidentally taken her grandfather’s heart medication by sharing a glass of water.

RUSADA insisted throughout the saga that they would conduct their investigation privately as the skater was a minor at the time of the positive event.

However, WADA, which will appeal to the Court of Arbitration for Sport, announced the outcome of this 10-month RUSADA trial in a statement: “The Court of Arbitration found that while the Athlete committed an anti-doping rule violation, she but “no fault or negligence” for it. As such, the court imposed no sanction other than the annulment of their results on the day of sample collection.

“Based on the elements of the case with which WADA is already familiar, the agency is concerned with the finding of ‘no fault or negligence’ and will not hesitate to exercise its right of appeal to the Court of Arbitration for Sport, if appropriate. ‘

US anti-doping chief Travis Tygart spoke scathingly about the RUSADA verdict. He said: “WADA and the ISU (International Skating Union) must appeal this decision in the interest of the credibility of the anti-doping system and the rights of all athletes.

“It is impossible for the world to accept this self-serving decision by RUSADA, which has been a key vehicle of Russia’s state-sponsored doping fraud in the recent past and is non-compliant. Justice demands a full, fair and public hearing outside of Russia.”

Amid the widespread publicity that Valieva’s positive result caused, she was cleared by the International Olympic Committee to compete in the individual competition, for which she was the big favorite for gold. After several falls, she was ultimately unable to win a medal.