The replica Tudor mansion where Ryan Giggs was accused of headbutting his ex-girlfriend Kate Greville has been sold for £1.7million shortly before his trial, it has been revealed.

Giggs bought the home in 2001 for £545,000 and was living there with Greville, 36, during lockdown at the time of his alleged abusive and controlling behaviour, reports The Sun.

An insider said: “He just wanted to get rid of it and put it behind him. 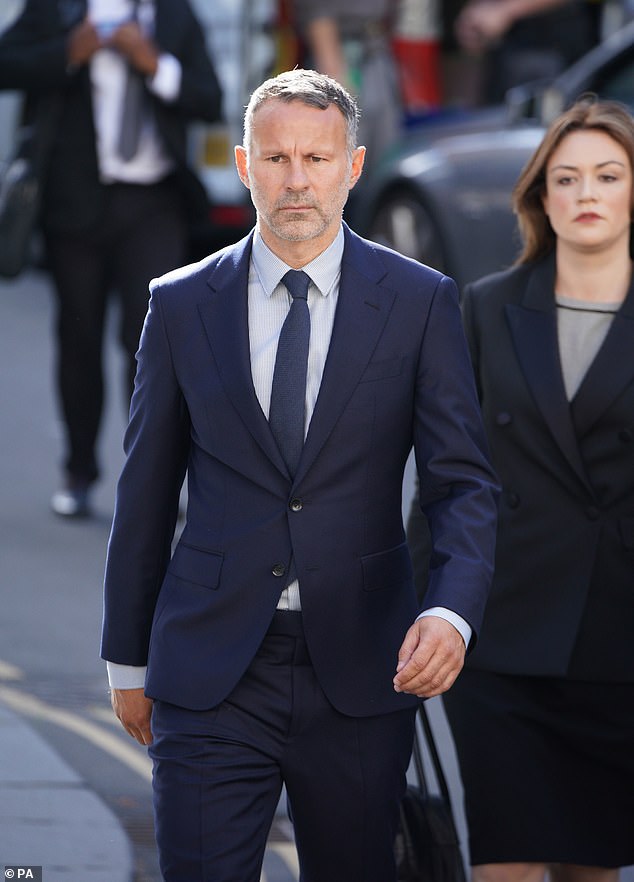 The Worsley, Greater Manchester home that was the scene of Kate Greville’s claims against her former boyfriend Ryan Giggs was sold for £1.7million in June

“He loved this place and had owned it for over 20 years, but he knew he had to go.”

The property where Gigg’s mother once lived was put on the market on March 31 and, despite its attractive features and desirable location, appears to be difficult to sell.

The listing said it was an “elegant Tudor style family home”.

“The hotel is located in one of the most prestigious and desirable residential areas,” he added.

Giggs was accused of forcibly controlling and assaulting Greville for three years.

However, after nearly 23 hours of deliberation, the seven women and four men on the jury at Manchester Crown Court were dismissed after failing to deliver a verdict.

There were only 11 jurors because one fell ill and was released last week.

The hearing, which lasted 17 days, is estimated to have cost taxpayers more than £100,000.

Giggs will now have to wait a week to find out if prosecutors will open a retrial. Due to the extent of the court delays, the first available date when it could be heard again at Manchester Crown Court is June.

The former footballer bowed his head and appeared dejected as the date was leaked to the court. Giggs’ mother Lynne, who supported her son the whole time and watched from the bleachers, held her head in her hands.

In court, she said her son’s life was “on hold.”

Judge Hilary Manley thanked the jury for the “care and attention” they had given the case and formally released them.

Prosecutor Peter Wright QC asked the judge for seven days to allow the prosecution to decide whether a retrial should take place.

She agreed, setting a tentative date for June 5 next year – although she stressed that was not an official hearing date or a pre-emptive decision on whether it would happen.

https://www.dailymail.co.uk/news/article-11171447/Ryan-Giggs-sold-mansion-accused-headbutting-Kate-Greville-1-7million.html?ns_mchannel=rss&ns_campaign=1490&ito=1490 Ryan Giggs ‘sold mansion where he was accused of headbutting Kate Greville for £1.7million’

Why watermelons are so expensive at Coles and Woolworths