South Australians have been warned not to put the pedal to the metal or risk losing their license on the spot.

Laws in place now mean lead feet getting caught driving “Extreme speeds” – 55 km/h or more above the limit in a zone marked 60 or less – will immediately lose their driving licenses for two years.

If convicted, a prison sentence of up to three years can also be imposed.

In a zone marked over 60 km/h, driving at 80 km/h or more over the limit will also result in mandatory driver’s license suspension.

For a second such offense on both counts, serial racers will be disqualified from driving for five years and face five years in prison. 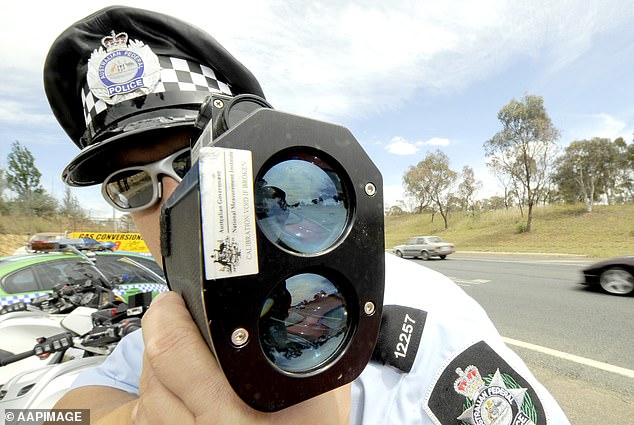 The penalties also apply to persons who cause death by using a motor vehicle.

“These penalties send a powerful message to people who choose to threaten the safety of other innocent members of the community by driving at extreme speeds,” said Transportation Service Superintendent Bob Gray.

“Lethal driving is a criminal offense and will be treated as such by the police.”

Since the laws came into force this weekend, two people have already been caught exceedingly speeding.

A 17-year-old was arrested on Sunday night after allegedly driving at a speed of up to 200 km/h.

Police attempted to stop a Ford sedan after they were found to be speeding near Adelaide’s CBD and northern suburbs, but the teenager sped away before being intercepted on the outskirts of Adelaide.

A police helicopter gave chase to the teenager’s car and officers stabbed the tires.

The driver and four other people exited the car before being arrested by police at the scene.

The teenager was charged with severe extreme speeding, failing to stop, driving dangerously to avoid police pursuit and driving while driving.

He was released on bail to appear in Elizabeth Youth Court on September 30.

Meanwhile, in the north-central state on Sunday afternoon, a 55-year-old man was arrested after being stopped at 180 km/h in a 100 km/h zone.

The driver refused to stop at Ucolta but was intercepted at Yunta where he returned a blood alcohol count of 0.070 and revealed himself to be the holder of a provisional driver’s license.

He was refused bail and was due to appear in Port Pirie Magistrates’ Court on Monday.

“These penalties send a powerful message to people who choose to threaten the safety of other innocent members of the community by driving at extreme speeds,” Superintendent Gray said.

“Lethal driving is a criminal offense and will be treated as such by the police.”

https://www.dailymail.co.uk/news/article-11156267/SA-drivers-clocked-extreme-speeds-lose-licence-instantly-new-laws.html?ns_mchannel=rss&ns_campaign=1490&ito=1490 SA drivers who are clocked at extreme speeds will now immediately lose their license under new laws