In fairness, the Sussexes haven’t had the best week. What they probably thought was another heartbreaking exposure of the endless suffering endured at the hands of evil imperialist oppressor The Firm backfired a bit.

Most damaging was the Duchess’ allegation during that now infamous 6,400-word interview, when she attended the London premiere of The Lion King in 2019 (the same premiere where Prince Harry, you may recall, was overheard doing him his wife courts acting talent to a Disney executive), a member of the South African cast told her that they rejoiced in the streets when she married into the royal family, as they did when Nelson Mandela was released from prison.

This came about for the actor in question, Dr. John Kani, quite surprisingly, who turned out he wasn’t even at the premiere.

She had, it turns out, spoken to the show’s South African composer (it’s so hard to tell these theater types apart, isn’t it, Meghan?), who chatted with her for less than a minute but couldn’t recall mentioning Mandela, too have and propose them remembered incorrectly.

In one fell swoop, Meghan revealed herself as someone who lacked self-confidence. 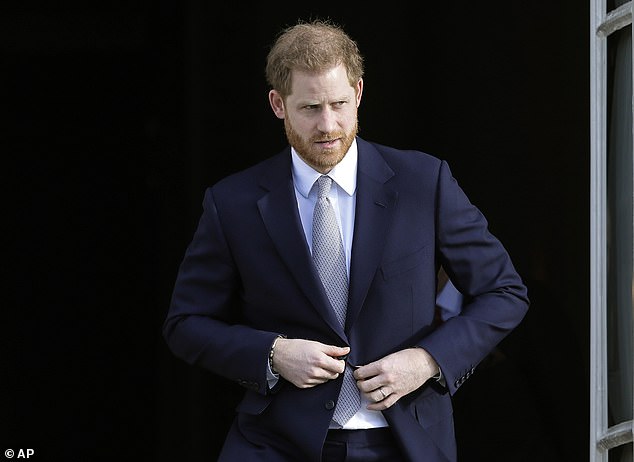 Because even if a performer had said something like that to her, the idea of ​​her repeating it to an interviewer only goes to show what a weaponized narcissist the woman really is.

The problem the Duke and Duchess have is that there are only so many useful jerks (Omid Scobie, Oprah Winfrey, James Corden) willing to swallow their nonsense.

In the end, the truth will emerge and I suspect the tragedy for Meghan will be that her truth is not that of an innocent crushed by a malevolent royal cabal, but that of an archmanipulator who thinks everyone is like that gullible as a poor love- met Harry.

Harry’s “truth,” meanwhile, is (like it or not) that not only has he severed ties with his family over a series of imagined slights, but he’s also taken on a key role as the Key King one is little more than a performing monkey for a hurdy-gurdy man whose melody grows increasingly thin.

In other words, he traded an uninvolved role in the story for a starring role in a cage.

The question is, what can be done about it? The couple’s visit to the UK this week was seemingly timed (aka overshadowed) in classic Sussex style with the Queen’s appointment of a new Prime Minister.

No doubt they thought they were doing us all a favor by gracing us with their presence, as they suspected poor old harried Blighty would be delighted at the prospect of some Sussex stardust.

But after last week’s performance, they couldn’t be more wrong. There will no doubt be a few hardcore fans lining up to greet them, but British audiences are no fools. Incidentally, neither do the Americans, who are slowly getting tired of their escapades.

Meghan said that when she attended the London premiere of The Lion King in 2019, a member of the South African cast told her that they rejoiced in the streets when she married into the royal family, as they did when Nelson Mandela was released from prison

With everything else going on – rising energy bills, political uncertainty, war in Ukraine – the last thing anyone cares about is a woman in shoes that cost a month’s salary, whining about how hard her life is.

Harry and Meghan are at a crossroads. They have a simple choice: continue on their current path, making thinly veiled threats and engaging in an increasingly unworthy vendetta against his family.

Or they can use this opportunity to show they’re not just some money-grabbing ungrateful and find a way to shake hands in friendship.

If not for the sake of those they have harmed with their half-truths and malicious insinuations, then for the people they really care about: themselves.

Because let’s face it, their connection with the royal family is pretty much the only currency they have; That’s really the only reason anyone in America tells them the time of day.

And if the queen did what many are urging—and stripped them of their titles—they would have nothing to lash out but their raw talent. Good luck with it.

https://www.dailymail.co.uk/debate/article-11177299/SARAH-VINE-Come-Harry-kiss-make-sake.html?ns_mchannel=rss&ns_campaign=1490&ito=1490 SARAH VINE: Come on Harry, kiss and make up… if only for your own sake

Kwasi Kwarteng, Suella Braverman and Jacob Rees-Mogg have all voiced their support for senior positions in Liz Truss' cabinet