Sea World crash victim Miracle, 10, wakes from his coma and grabs his father’s hand as doctors remove him from life support

One of the youngest victims of the horrific Sea World helicopter crash has miraculously awakened from his coma and has grasped his father’s hand.

Nicholas Tadros, 10, has been fighting for his life in hospital since January 2 when two Sea World helicopters collided in mid-air on the Gold Coast.

It resulted in the death of Nicholas’ mother Vanessa, along with British newlyweds Ron and Diane Hughes and pilot Ash Jenkinson.

Nicholas was taken to Gold Coast University Hospital and was on life support. 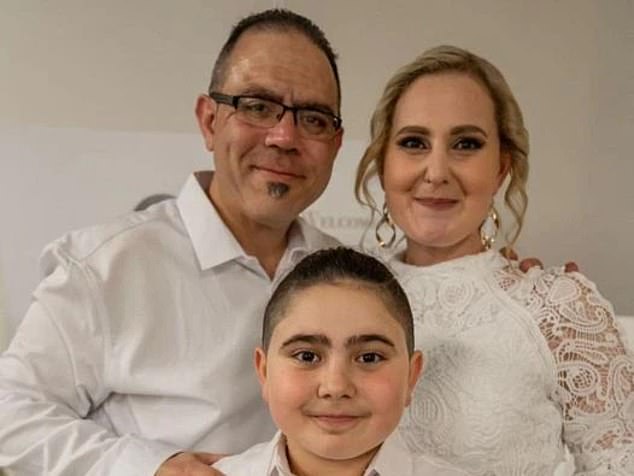 Sea World crash victim Nicholas Tadros (centre), 10, has been holding his father’s hand, an important sign of his miraculous recovery after being on life support (pictured Nicholas’ father Simon and mother Vanessa, who tragically assisted died in the crash).

He underwent a six-hour operation last Tuesday to repair broken bones in his legs and left hand after he was transferred there Queensland Children’s Hospital.

Nicholas’ father, Simon Tadros, revealed in a Facebook post that his son had been taken off life support “a few days ago” and was holding his hand.

“Nicky has been off life support for a few days and his body has responded very well, still on a ventilator to support his breathing,” he wrote.

“Sometimes they lowered his sedative medicine to see if he was responsive and he would wake up and be able to nod or shake his head in response to some questions.”

Nick Kyrgios hasn't even looked at Netflix Doco - as he names stars to take on Nadal, Djokovic