The Seattle Mariners have locked up another ace for their pitching staff, agreeing a five-year deal with right-hander Luis Castillo on Saturday.

Castillo was the big acquisition for the Mariners when they acquired him from Cincinnati. The hope was that Castillo would make the difference in Seattle’s push to end baseball’s longest playoff drought and that the Mariners could convince him to stay longer.

They managed to imprison Castillo. And Seattle entered for the final AL wildcard on Saturday with a three-game lead over Baltimore. 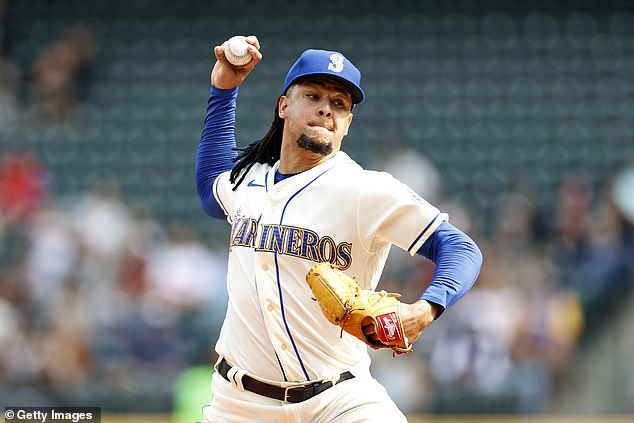 The Seattle Mariners and Luis Castillo agreed to a five-year, $108 million contract extension

“Luis has been one of the best pitchers in MLB for the past six seasons,” said Jerry Dipoto, Mariners president of baseball operations.

“He’s a dynamic power pitcher in the prime of his career with a consistent track record. Bringing him to Seattle was a pivotal moment in our ongoing effort to build a championship roster. Similarly, this deal illustrates our continued commitment to the present and future of this team.’

Castillo’s contract is reportedly worth $108 million and will begin with the 2023 season, his final season of arbitration. It runs until 2027 and includes a reciprocal option for 2028.

Castillo was named to the National League All-Star team in July for his second All-Star selection.

Keeping Castillo creates an impressive rotation for Seattle going forward. Robbie Ray was Seattle’s big signing last offseason, and the reigning AL Cy Young Award winner has a contract through 2026. Young right-handers Logan Gilbert and George Kirby have shown dominance this season. Gilbert is under club control until 2027 and Kirby until 2029.

Castillo is the second major extension for the Mariners in the past month after locking up rookie slugger Julio Rodriguez last month.