Serena Williams admits there’s “still a little bit left” in her and jokes she’s still “a pretty good player” after sensational US Open win over world No. 2… as she reveals the realization “this could be it” after losing the second set spurred her on

Serena Williams admitted there is “a little bit left” after her second-round triumph on Wednesday, although she expects the Grand Slam could be her last tournament before retiring.

The 40-year-old revealed she was planning to “evolve” from tennis in early August, leading to speculation she could end her illustrious career at Flushing Meadows, but the star isn’t ready to take the final bow just yet.

The 23-time Grand Slam champion defeated No. 2 Anett Kontaveit 7-6 2-6 6-2 in a three-set thriller on Wednesday night for a third-round match against Australia’s Alja Tomljanovic to prepare.

After her second-round triumph, Williams admitted she was in no rush to say goodbye in New York.

“There’s no hurry here,” she said. “I just love this crowd. It’s really fantastic. There’s still a little bit left in me, so we’ll see.’

When asked how she was able to beat the world No. 2 after playing very few games this year, Williams replied with a lopsided smile. 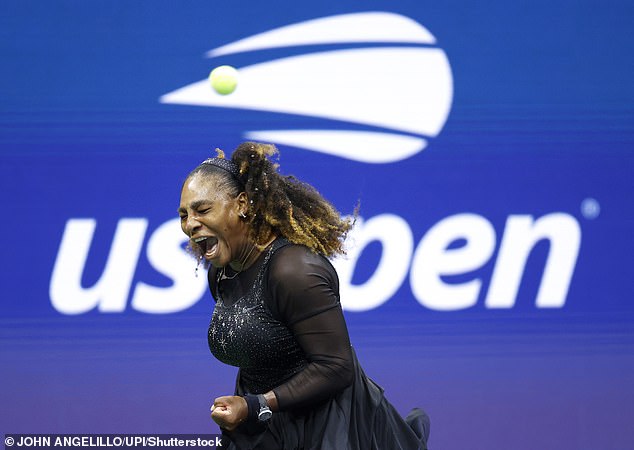 Serena Williams admitted that after her second round triumph “there’s a little bit left in her”.

“Well, I’m a pretty good player,” she said before laughing. “I can do that best. i love a challenge I love taking on challenges.

“So yeah, I haven’t played a lot of games, but I’ve been training really well and the last few games it just didn’t come together and I was like, ‘But that’s just not me.’

“But in the last few games here in New York, it’s really come together. Maybe I should have traveled with you for the past few weeks,” she told the crowd.

When asked if she surprised herself with her level, she laughed and said, “No. I’m just Serena, so…”

Williams admitted losing the second set was a wake-up call as she claimed she wanted to do her best as it could have ended her career.

She said: “After I lost the second set I was like, ‘Oh my god, I better do my best because this could be it.’ Actually, I just wanted to keep trying and see what I can do. Just do my best and I’m really excited to be honest.

Williams claimed that despite her competitive nature, she enjoyed simply playing the Grand Slam without a goal on her back.

“I’m super competitive,” she said. “Honestly, I just see it as a bonus. I don’t have to prove anything. I have absolutely nothing to lose.’

Williams insisted she enjoyed playing at the event as she had “absolutely nothing to lose.”

“It’s super fun and I really enjoy just getting out there and enjoying it. It’s been a long time since I could.”

Williams will appear in court alongside her sister Venus on Thursday as they bond at Flushing Meadows for the first time since 2014.

Serena then meets world No. 46 Tomljanovic on Friday to keep her fairy tale of New York alive.

https://www.dailymail.co.uk/sport/tennis/article-11167573/Serena-Williams-admits-theres-little-left-Open-win-world-No-2.html?ns_mchannel=rss&ns_campaign=1490&ito=1490 Serena Williams admits there’s ‘a little bit left’ after US Open win over world no