A former AFL player was caught on camera engaging in a wild brawl in the parking lot of a local football game.

Footage shows Shannon Cox, 36, who played for Collingwood from 2007-09, punching another man outside Geraldton’s Recreation Ground in Western Australia on Saturday.

Cox was there and played in the Great Northern Football League preliminary final with the Rovers, who won the game by 24 points. 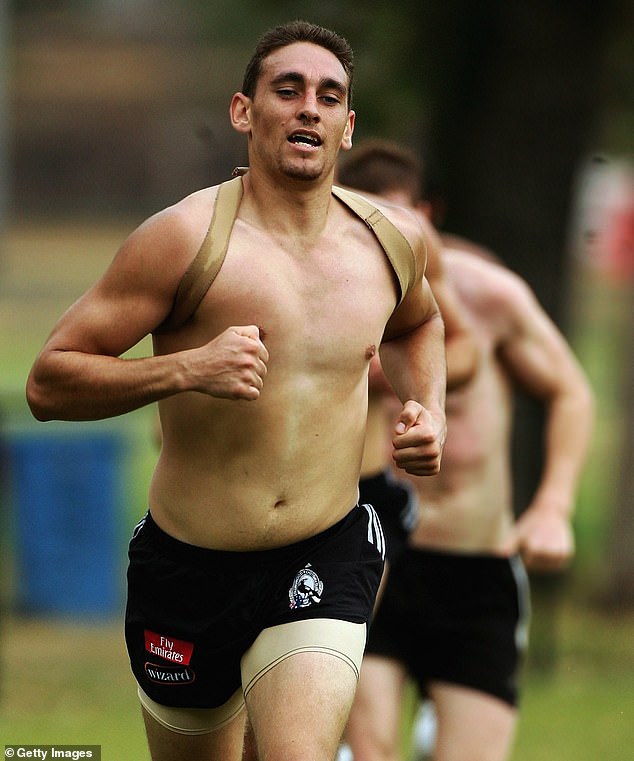 Footage shows the men brutally beating each other as they walked from the parking lot to the field full of families and children.

Shocked spectators sneered in horror while others cheered on the fight.

One person yelled at Cox to “nail that shit,” while another climbed onto a car and pulled down his pants.

The violent encounter is just the latest in a string of ugly GNFL incidents, including an all-in brawl that saw Brigades coach Jayden Schofield suspended for 10 weeks.

Maurice Brand, father of a Brigades player, was also banned from games for 18 months because of strikes.

Footage shows Cox, 36, punching a man in the property’s parking lot before they move to a field full of families and children

A number of players, eight from Mullewa and five from Brigades, were suspended for one to four games.

Five other players were reprimanded.

GNFL referees have threatened to go on strike until the West Australian Football Commission completes an investigation into Saturday’s incident.

The Rovers play the Brigades in the grand final at Country Builders Stadium on Saturday.

WA Police said no one has been charged in Saturday’s fight but they are continuing to investigate.

How to get DARCI Exotic Bundle Drop in Destiny 2