A driver is dead after his jet truck burst into flames when he released his parachute while speeding planes at 300mph.

The driver was killed just after 1 p.m. Saturday during the “pyrotechnic” event at Michigan’s Battle Creek Air Show, police confirmed.

Witnesses say the Shockwave jet truck sped two planes flying at 300 miles per hour. When the driver deployed his parachute, the truck reportedly burst into flames and erupted in a large puff of black smoke.

‘[The driver] did his show and walked the runway,” Suze Gusching, media relations for Field of Flight, told the Battle Creek Enquirer. “He passed the blast and his truck had exploded.”

Video of the incident shows a large explosion that took place just before the truck impacted. As the vehicle flew out the other side, it slowed significantly and was covered in thick smoke.

Chris Darnell is listed on the company’s website as the driver of the Shockwave Jet Truck. His brother Neal, who pilots the Flash Fire jet truck, declined to comment when reached by Daily Mail.com 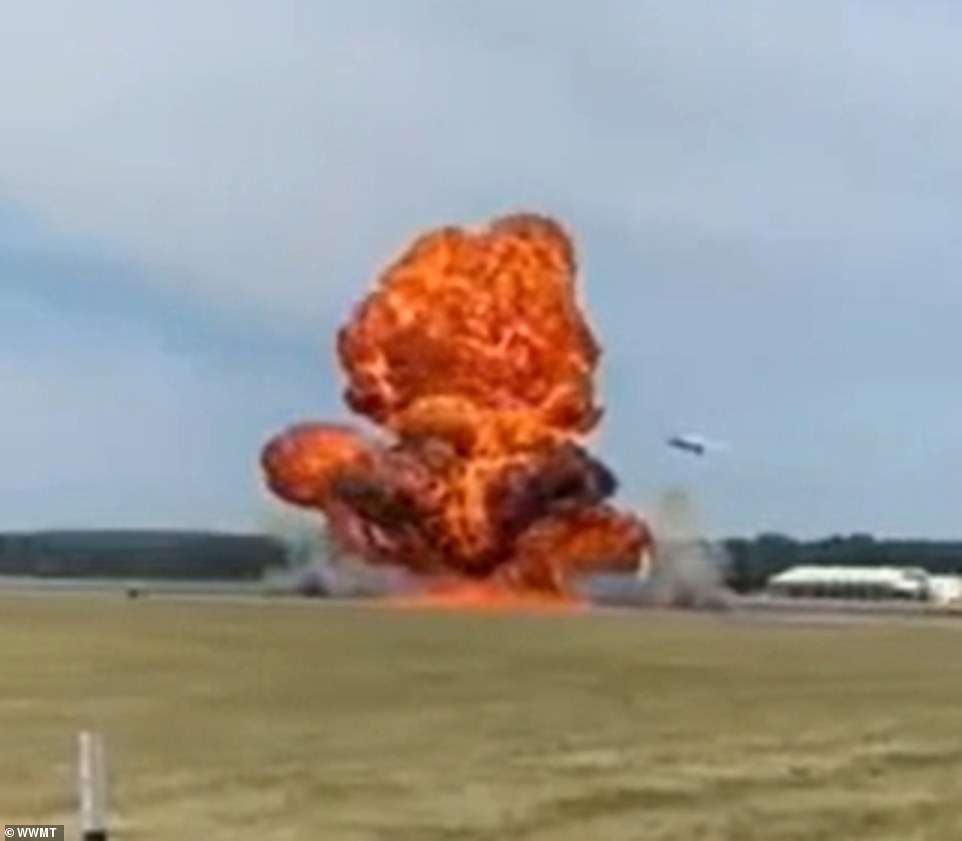 A driver died after his Shockwave jet truck exploded after deploying the parachute in Battle Creek, Michigan

The plane pilots flew through the smoke but appear unharmed

Chris Darnell (pictured) is listed as the Shockwave driver on the company’s website. It has not been confirmed that he is the one who died

Witnesses can be heard saying “ohh” as they realized the situation had just gotten bad, and the announcer asked people to “hang back” while emergency teams assisted the scene.

The Battle Creek Fire and Police Departments and the Federal Aviation Administration are investigating.

According to the Battle Creek Enquirer, the truck can reach speeds in excess of 350 miles per hour.

The airshow was scheduled to take place from June 30th to July 4th but is currently being postponed due to the accident. The event, held at the airport, was primarily to celebrate the Air Force’s 75th anniversary.

The police confirmed the incident on their Facebook page