Australia’s voice of football Simon Hill clashes with Peter FitzSimons over his take on Socceroos loss to France: ‘Do you have at least a basic knowledge of the game’

Football commentator Simon Hill has lashed out at Fairfax columnist Peter FitzSimons for his lack of knowledge of world football.

The two media identities faced each other on Twitter, with Hill – the voice of football in Australia – outraged by FitzSimons’ hiring in the Sydney Morning Herald after the Socceroos outclassed France 4-1 in their World Cup opener on Wednesday (AEDT). had been Qatar.

FitzSimons – who admitted he knows little about football – felt Australia were in trouble after a surprise opener against Les Blues at Doha’s Al Janoub Stadium.

It was a view shared by Socceroos legends like Harry Kewell, Mark Bosnich and John Aloisi – but Hill singled out former wallaby FitzSimons.

Hill called the veteran sportswriter’s attitude “depressing,” particularly his reference to the “Australian way” where sports teams are always asking questions of their opponents, no matter the occasion. 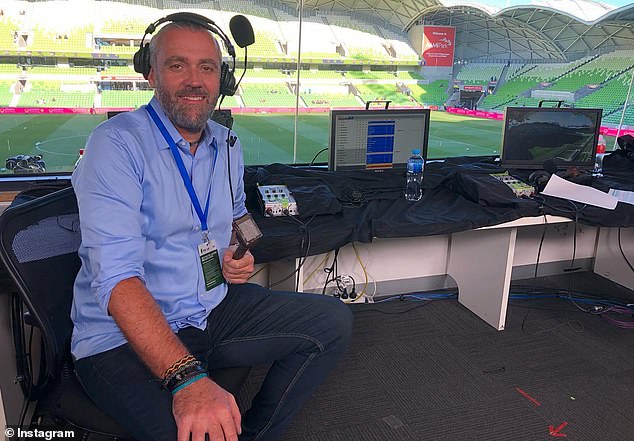 Former wallaby Peter FitzSimons – who has admitted his knowledge of football is limited – accused the Socceroos of going into their shell after a 1-0 lead against France (he is pictured with his wife Lisa Wilkinson).

A reference to the late rugby league legend Tommy Raudonikis and his infamous “cattledog” cry also angered Hill, who is covering the Middle East World Cup.

“Give it a try…I don’t know about the game…Tommy Raudonikis…” Sigh,” Hill wrote on Twitter.

“Why do we keep getting these kinds of ‘analysis’ articles about the world’s greatest sporting event?”

“If you’re a general sportswriter, shouldn’t you have at least a basic knowledge of the greatest game in the world?”

Hill later pointed out to another Twitter follower that the class divide between the two nations was evident as Australia was “running on very limited resources compared to France”, before adding that it was a “small miracle” that Australia have qualified for their fifth consecutive World Cup.

FitzSimons returned serve on Friday, pointing out his view was shared by the likes of Kewell, Bosnich and Craig Foster.

“I don’t know anything about this game. But in my freshman eyes, our boys are far too timid and lack urgency, yes? I feel desperation, but not the right one? Don’t we seem desperate to attack them?’ he asked.

Then, in a bizarre way, Mike Tyson was drawn into the debate.

That’s like saying how did you allow Mike Tyson to take so many hits? Answer: Because he was the world champion, the best & most brutal, and never more dangerous than when he shoots you in the chin. In ⚽️ it was France last night.

Australia next play Tunisia on Saturday night (9pm AEDT) before taking on Denmark on Thursday 1 December at 2am (also AEDT).

Graham Arnold’s men need to win both games to reach the last 16 for the first time since 2006.

https://www.dailymail.co.uk/sport/football/article-11467999/Simon-Hill-gets-war-words-Peter-FitzSimons-Socceroos-loss-France.html?ns_mchannel=rss&ns_campaign=1490&ito=1490 Simon Hill gets into an argument with Peter FitzSimons after Socceroos’ loss to France