The day after Aston Villa’s Danny Ings was allowed to move on, Ollie Watkins timed it well to indicate he’s ready to take the increased stress of the points.

With the game drone-drifting over St Mary’s, resulting in a 10-minute delay in the first half and Aston Villa needing a hero, Watkins headed the winner in the 77th minute to continue his remarkable rebound under Unai Emery .

Watkins is the only remaining senior striker in the Spaniard’s squad for the time being following Ings’ £12m move to West Ham. 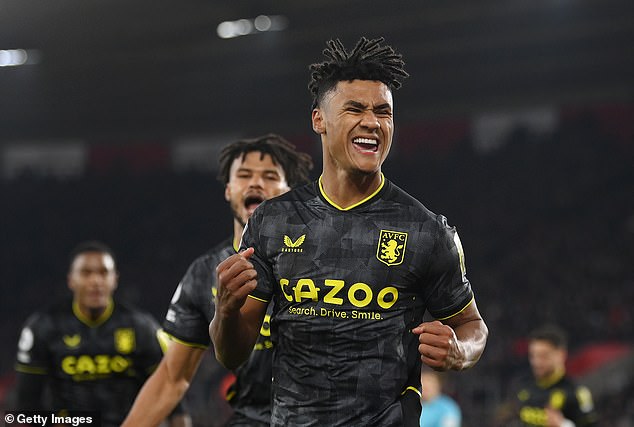 On the bench, Emery had no alternative, a spot where Ings might well have taken a seat.

No matter at Southampton, Watkins was ready to deliver and has every intention of continuing to do so.

He said: “There’s always pressure when you play for a huge club like Villa. It’s a shame [Ings has left] but I’m ready to take responsibility and be the main striker. I enjoy it.

“As a striker, you have to score goals first and foremost.

“I’m working on it, staying calm and I took my chance. I work hard every day to put the ball in the net and I will continue to do that.”

Thanks to Watkins, Villa left St Mary’s with the three points after a clash that was of poor quality but not short of incidents in the end.

It meant a fifth win in seven league games and 16 Premier League points from a possible 21 for Emery.

Villa was outside of the drop zone only on goal difference before his first game but is now in 11th place and just a point behind the top half.

Emery said: “I’m so proud of our work. Today was a key game because we were at the bottom two months ago.’

On his match winner, Emery added: “He’s a competitor and a forward and when he doesn’t score he’s not happy but I’m so happy with his work and how he’s helping the team.”

Now it’s Southampton who are bottom and they squandered a chance to follow up on a brilliant three-win run last week by moving up from the relegation zone.

They haven’t won a home league game since August and have been booed again.

Manager Nathan Jones was also frustrated, with Southampton conceding again from a set piece despite his build-up warnings.

The former Luton boss said: “In terms of size, we’re not the biggest. Probably one of the smallest Premier League greats in terms of squads.

“We know we have to be really, really organised, really aggressive and really structured in terms of our work.

“I couldn’t have been more aggressive yesterday and in the way I approached certain things. But we were naively blocked today.

“I come from a plain where it is the land of giants. We have to get better here. We have to be disciplined. That let us down.”

Jones was also angered by referee Michael Salisbury, who overturned his own decision and chalked James Ward-Prowse’s goal on just after an hour after a VAR review for a Mohamed Elyounoussi foul on Jacob Ramsey.

They were down fourteen minutes later when Watkins chipped a Douglas Luiz free-kick awarded by Salisbury past Gavin Bazunu.

Two striking saves from World Cup winner Emi Martinez on either side of Watkins’ goal, the first fending off Adam Armstrong and then scraping away Moussa Djenepo’s late curler, helped Villa make a victorious return to the Midlands.

They did so a little later than planned after the first half was held up when Salisbury spotted a drone flying across the ground.

He ordered both players off the field before play was eventually allowed to resume after the device was diverted away from the stadium following police intervention.

That seemed to become the talk of the game, with few clear chances and repeated sloppiness on both sides.

Then the second half bought controversial VAR intervention and the winner from Watkins.